ava
A vital pipeline carrying fuel along the U.S. East Coast - the Colonial Pipeline - remains offline days after a critical ransomware attack brought its operations to a halt. The FBI now says a Russian hacker group known as DarkSide is responsible. As Jackson Proskow reports, it's the latest in a string of cyberattacks targeting American infrastructure.

Meanwhile in Canada, ransomware attacks have also been on the rise over the last several years, targeting businesses as well as key infrastructure systems to make a profit. Mike Le Couteur looks at how Canadian companies have fallen victim and why hackers should not be underestimated.

In British Columbia, police in Metro Vancouver are on high alert after a 28-year-old gangster known to police was fatally shot in broad daylight at the Vancouver International Airport. As Robin Gill reports, the brazen attack is the latest in a growing string of shootings amid the region's escalating gang war.

Across the United Kingdom, with vaccinations numbers rising fast and COVID-19 infections and deaths quickly declining, lockdowns are set to ease drastically. From pubs to hugs, Crystal Goomansingh looks at normalcy coming back for Britons, and the reasons to remain vigilant.

Ongoing clashes between Israeli police and Palestinians in Jerusalem reached a perilous turning point following a raid on the al-Aqsa mosque. An Israeli air strike has killed 20 people in Gaza, including children. It was in retaliation to Hamas firing rockets from Gaza towards Jerusalem. Redmond Shannon reports.

Plus, for the first time ever, Canadian researchers have used a descendant's DNA to identify the remains of one of the sailors from Sir John Franklin's doomed 1845 Arctic expedition. Eric Sorensen explains how they did it and what they discovered. 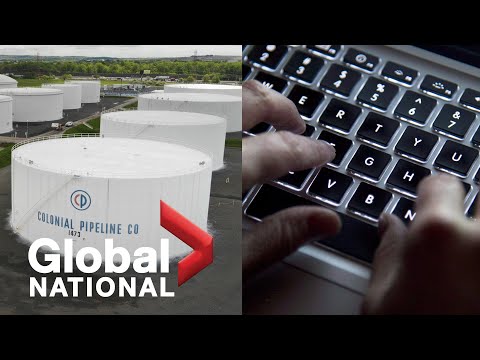 A vital pipeline carrying fuel along the U.S. East Coast - the Colonial Pipeline - remains offline days after a critical ransomware attack brought its...