ava
Tens of millions of people are still trying endure the extreme heat wave smouldering much of western North America that's breaking dozens of heat records. Robin Gill looks at how British Columbians are trying to cope, as the province sets a new record for the hottest spot in Canada. And Global National's Dawna Friesen speaks with Stanford University climate scientist Noah Diffenbaugh about the effects of global heating and whether or not it's too late to temper them.

In Florida, hope is fading in the search for survivors, days after the Surfside condo building partially collapsed. At least 11 people are confirmed dead and 150 missing. As Jackson Proskow reports, four Canadians are also still among the missing, as rescue crews are running out of time.

Canada's Infrastructure and Communities Minister Catherine McKenna has announced that she will not be seeking re-election, as she aims to focus on family, as well as taking action on climate change in the future. David Akin looks at what the prominent Liberal MP's decision means for Ottawa.

In Saskatchewan, the city of Melville, near the Cowessess First Nation, where as many as 751 unmarked graves were detected near a former residential school, is joining a growing number of nationwide communities cancelling Canada Day celebrations. But as Heather Yourex-West reports, not everyone shares the same sentiment.

And the stakes are high for the Montreal Canadiens on Monday, as they face off in their first Stanley Cup finals since winning the championship back in 1993. Eric Sorensen looks at the rising hype among Habs fans, hoping to end Canada's nearly 30-year Stanley Cup drought. 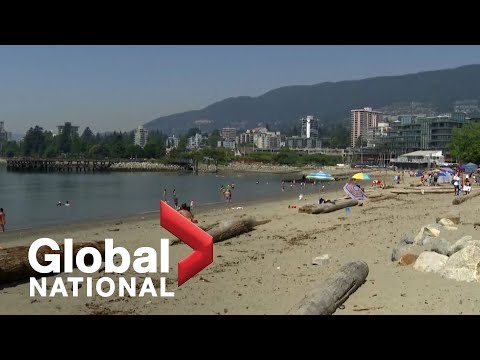