ava
NASA astronaut Chris Cassidy and cosmonauts Anatoly Ivanishin and Ivan Vagner of Roscosmos will return to Earth from the International Space Station on Wed., Oct. 21, 2020. Tune in for deorbit burn and landing coverage as their Soyuz spacecraft descends to a parachute-assisted landing, set for 10:55 p.m. EDT southeast of the remote town of Dzhezkazgan, Kazakhstan.


The three crew members will wrap up a 196-day mission spanning 3,136 orbits of Earth and 83 million miles. Cassidy is completing his third spaceflight for a total of 378 days in space, the fifth highest total among U.S. astronauts. Ivanishin is completing his third flight into space, totaling 476 days. This was Vagner’s first spaceflight. During their expedition, Cassidy, Ivanishin, and Vagner welcomed the arrival of NASA astronauts Robert Behnken and Douglas Hurley on NASA’s SpaceX Demo-2 mission, the first crewed flight of a commercial spacecraft and the first launch of humans from American soil to the space station since 2011. 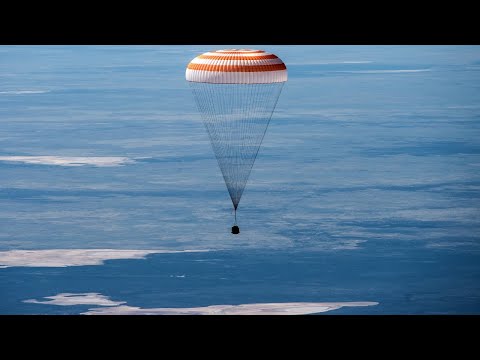 NASA astronaut Chris Cassidy and cosmonauts Anatoly Ivanishin and Ivan Vagner of Roscosmos will return to Earth from the International Space Station o...