ava
As the nation reflected on 9/11 and how their communities were impacted, American Muslims are still reconciling what the last 20 years have meant for them. PBS NewsHour’s Amna Nawaz on Sept. 14 spoke with Kashif Shaikh, Co-Founder and President of Pillars Fund, about how Muslim Americans have been represented on screen over the years.

Shaikh said the most basic problems has been that Muslims on screen have traditionally been represented in a negative light associated with terrorism or been subject to “othering.”
“Hollywood … has really reinforced tropes about whether it be about Black folks, about LGBT folks — and they were doing the same thing about Muslims ,” Shaikh said. “What we’re really advocating for is not positive portrayals of Muslims. The goal is to have a multitude of representation of Muslims, because Muslims are so nuanced — they have so many stories to tell.”

A 2021 Pillars Fund study, “Missing and Maligned” (https://pillarsfund.org/culture-change/research-muslims-in-film/), looked at 200 top-grossing movies between 2017 and 2019 in several countries and found that out of almost 9,000 speaking roles, fewer than 2 percent were Muslim characters. Overall, only about a quarter of Muslim characters represented were female. An overwhelming majority — almost 91 percent — of the 200 films did not feature even one speaking character who was Muslim.

“I knew that the portrayals were incredibly negative — [but] I actually didn’t recognize just how erased we were from the screen,” Shaikh said.
Stream your PBS favorites with the PBS app: https://to.pbs.org/2Jb8twG
Find more from PBS NewsHour at https://www.pbs.org/newshour
Subscribe to our YouTube channel: https://bit.ly/2HfsCD6 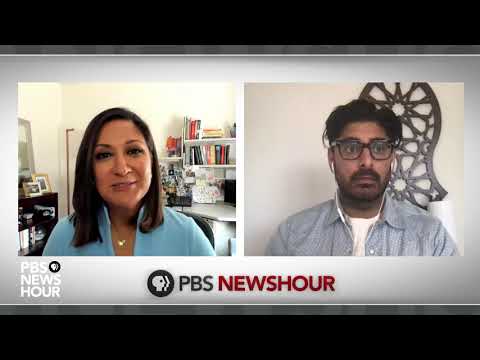 As the nation reflected on 9/11 and how their communities were impacted, American Muslims are still reconciling what the last 20 years have meant for ...