Obama brought up another New York Times report showing Trump has only paid $750 in federal income tax during his first year at the White House, saying Trump might be paying taxes for the Chinese and not for the American people.

The Democrat former president once again criticized Trump’s handling of the coronavirus pandemic, addressing his recent comments about people being “too focused” on the pandemic.

Obama said Trump has treated the presidency like a reality show that gives him the attraction he wants, and that he’s “jealous of COVID-19’s media coverage.”

During a campaign rally in Pennsylvania, Trump said on Monday that all of Russian, Chinese and North Korean leaders want him to win the upcoming presidential elections, something he “shouldn’t brag about,” Obama said.

He said Trump shouldn’t be bragging about some of the country’s greatest adversaries wanting him to stay in office, because he’s been giving them what they want and not standing-up for dictators, unlike Joe Biden who “won’t cuddle dictators.”

The U.S. presidential elections will take place one week from now, on Nov. 3rd, with over 66 million have already voted. 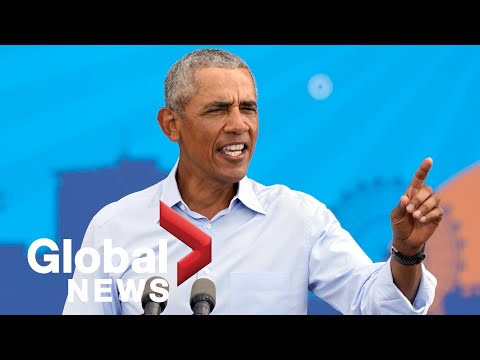