ava
Canadians across the country have written to Marketplace and Go Public with warnings about companies selling HVAC (heating, ventilation and air conditioning) contracts.

After letting a salesperson into her home, an Ontario woman became frustrated when he pushed her to sign a rental contract for a heat pump she didn't want or need.

Her daughter recorded this video after hearing her mother repeatedly ask the salesperson to leave. 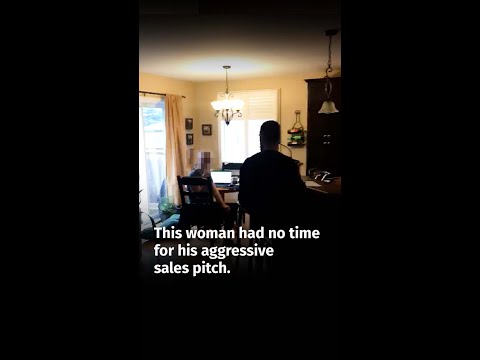 Canadians across the country have written to Marketplace and Go Public with warnings about companies selling HVAC (heating, ventilation and air condit...