admin
Subscribe to our channel! rupt.ly/subscribe
Anti-government protesters calling out 'no confidence' slogans took part in a rally criticising Prime Minister Hassan Diab in Beirut on Saturday, after he signed off on a 2020 budget that includes €639 ($700) million in spending cuts.
The Lebanese President, Michel Aoun, has insisted that several countries, including France, are keen to help contain the worst financial crisis Lebanon has seen in decades.
Footage shows protesters condemning Diab, who was only elected in late January, having taken over from Saad al-Hariri, who stepped down following violent unrest.
One protester said she thought were many demands which have "not been fulfilled yet. We will say there is no confidence in this government, frankly, it does not represent all the Lebanese people."
Another said that even if the government managed the vote in confidence, which is scheduled for Tuesday, the protester's goals are "revolution, revolution, revolution; and will remain until they all leave."
Intensifying protests over economic stagnation and corruption have been taking place in Beirut since October 2019.
Video ID: 20200208-041
Video on Demand:
Contact: [email protected]
Twitter:
Facebook: 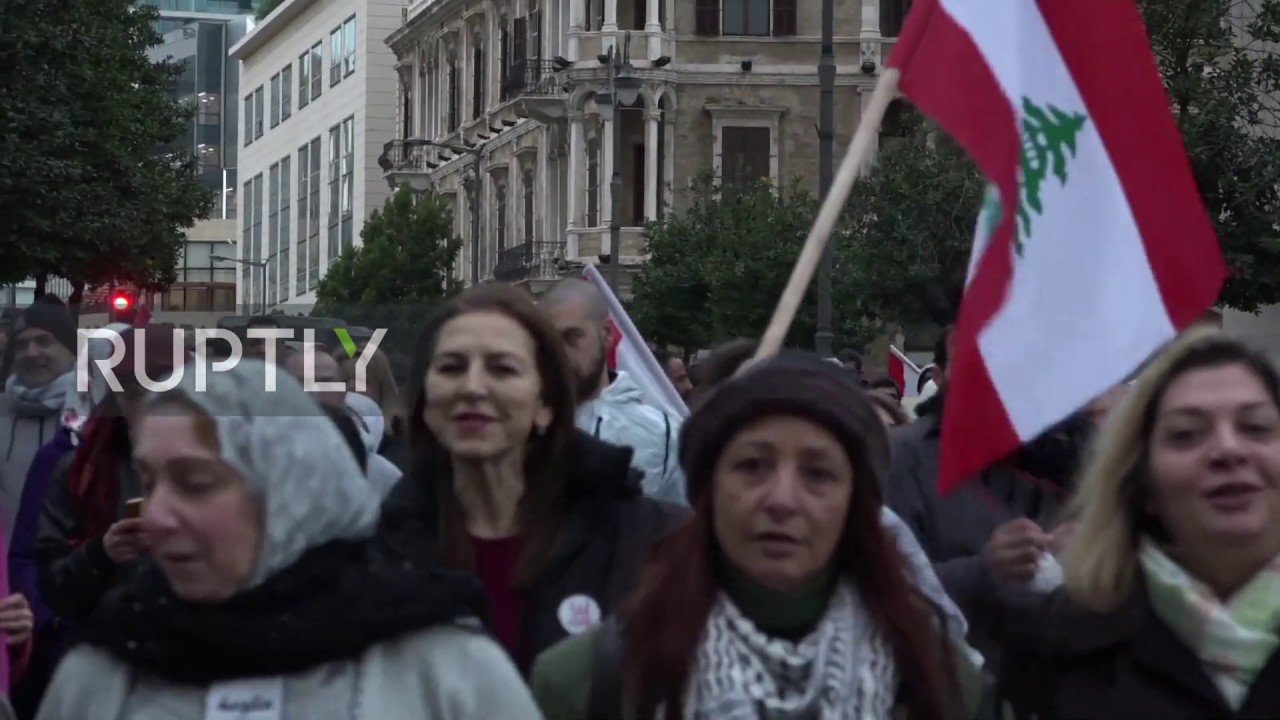 Subscribe to our channel! rupt.ly/subscribeAnti-government protesters calling out 'no confidence' slogans took part in a rally criticising Prime Minis...