ava
Scientists at the US-based Salk Institute, with cooperation from other international labs, have successfully created embryos that are half-human and half-monkey. Researchers say that within a day of injecting 25 “induced pluripotent stem cells” into macaque monkey embryos, they found human cells growing in those embryos! The scientists say that it’s an effort to grow human organs to save the lives of thousands of people waiting for transplants annually, even though ethical concerns arise form this giant leap in science. Attorney and media analyst Lionel weighs in. (17:10)

The US government is planning to revise its “do not travel” list, urging Americans to stay close to home due to COVID-19 concerns. As more Americans are feeling more confident and booking air travel, could a vaccine passport be in our near future? RT America’s Trinity Chavez has the details. (1:21)

Law enforcement agencies nationwide are gearing up for possible protests in the wake of a verdict in the trial of former Minneapolis police officer Derek Chauvin. This includes police departments in Florida, where Governor Ron DeSantis just signed a so-called “anti-riot” bill into law. RT America’s John Huddy has more. (4:56)

The Organization for the Prohibition of Chemical Weapons (OPCW), the international chemical weapons watchdog group, is considering issuing a rebuke on Syria for allegedly using toxic chlorine gas on its own people in 2018, an incident made famous by the White Helmets. Despite Syria joining the 46-nation OPCW back in 2013 when their thorough destruction of any chemical stockpiles was verified by the group, the body appears to be turning on a fellow member. Former UK MP George Galloway joins In Question to discuss. (7:39) 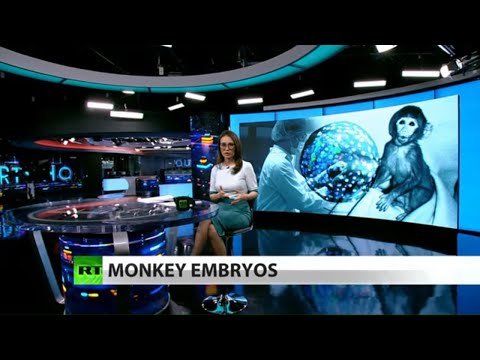 Scientists at the US-based Salk Institute, with cooperation from other international labs, have successfully created embryos that are half-human and h...