ava
The News With Sonia Singh: The Delhi police said today its investigation into an "overseas conspiracy" enmeshed in the farmer protests was not against Greta Thunberg but a "toolkit" that she had tweeted, allegedly linked to a "Khalistani group". Greta Thunberg has doubled down on her views with a new tweet: "I still #StandWithFarmers and support their peaceful protest. No amount of hate, threats or violations of human rights will ever change that. #FarmersProtest." A US State Department spokesperson said, "We recognize that peaceful protests are a hallmark of any thriving democracy, and note that the Indian Supreme Court has stated the same. We encourage that any differences between the parties be resolved through dialogue." India has asked for US help in investigating the Sikhs for Justice -- a Khalistani group -- and their secessionist campaign Referendum 2020. The request has been sent to the US Department of Justice, the foreign ministry said in the backdrop of investigation into alleged Khalistan links in the farmers' protests. Opposition leaders including Priyanka Gandhi Vadra were stopped from meeting protesting farmers on the Delhi-Haryana border. Team India captain Virat Kohli on Thursday said that the ongoing farmers' protest against new agriculture laws has come up for discussion in his team meeting where everyone has "expressed their views". Over 21 per cent of the population, aged 10 years and above, showed evidence of past exposure to COVID-19 in the ICMR's latest national serosurvey, the government said on Thursday, noting that a large proportion of people are still vulnerable to the infection.

NDTV is one of the leaders in the production and broadcasting of un-biased and comprehensive news and entertainment programmes in India and abroad. NDTV delivers reliable information across all platforms: TV, Internet and Mobile. 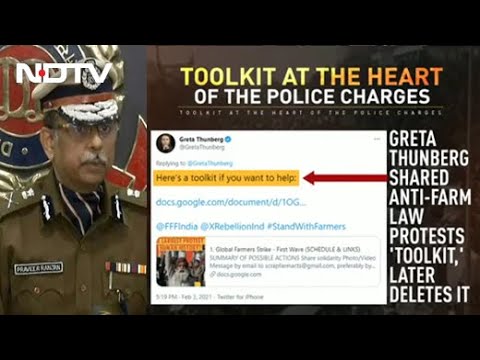 The News With Sonia Singh: The Delhi police said today its investigation into an "overseas conspiracy" enmeshed in the farmer protests was n...