admin
This woman knows how to deal with bigotry. Cenk Uygur, Jayar Jackson, and John Iadarola, hosts of The Young Turks, break it down. MORE TYT:
Read more here:
"Shaymaa Ismaa'eel was attending a conference of the Islamic Circle of North America in Washington DC on Sunday when she saw a group of protesters holding signs against the Muslim faith and the Prophet Muhammad.
So she asked her friend to take a picture of her while she flashed a smile squatting in front of them.
"I really wanted to combat their hatred with kindness honestly," Ismaa'eel, 24, told CNN via Instagram. "I wanted them to see my face and simply walking by wasn't enough."
Ismaa'eel, who works as a therapist with children on the autism spectrum in the DC area, posted the photo on Instagram along with a quote from Prophet Muhammad reading: "Kindness is a mark of faith. Those who aren't kind have no faith."
Hosts: Cenk Uygur, John Iadarola, Jayar Jackson
Cast: Cenk Uygur, John Iadarola, Jayar Jackson
***
The Largest Online News Show in the World. Hosted by Cenk Uygur and Ana Kasparian. LIVE STREAMING weekdays 6-8pm ET.
Subscribe to The Young Turks on YouTube:
TYT on Facebook:
TYT on Twitter:
TYT on Instagram:
Merch:
Donate to TYT
Download audio and video of the full two-hour show on-demand + the members-only postgame show by becoming a member at . Your membership supports the day to day operations and is vital for our continued success and growth.
Gift membership:
Producer, Senior Producer and Executive Producer membership:
Young Turk (n), 1. Young progressive or insurgent member of an institution, movement, or political party. 2. A young person who rebels against authority or societal expectations. (American Heritage Dictionary)
#TYT #TheYoungTurks #TYTnetwork 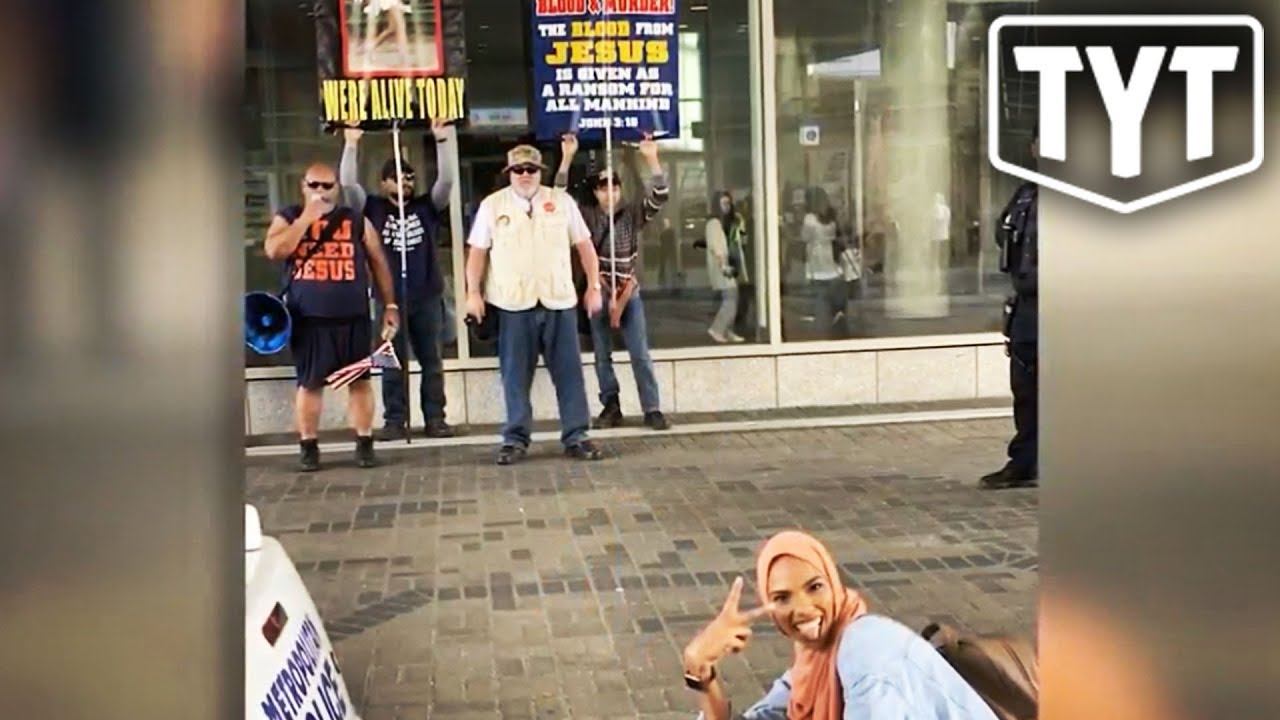 This woman knows how to deal with bigotry. Cenk Uygur, Jayar Jackson, and John Iadarola, hosts of The Young Turks, break it down. MORE TYT: Read more ...