admin
Pat Cipollone, the White House counsel, threw his support behind Senate Majority Leader Mitch McConnell’s resolution that would govern the impeachment trial of President Donald Trump. The resolution would allow House managers and Trump’s legal team 24 hours each to present their arguments. Cipollone said after both sides present their arguments, senators will determine that Trump “did nothing wrong.” Senators considered whether to approve the resolution on Jan. 21. The resolution, which determines how evidence can be presented and how witnesses can be called to testify, has been the subject of partisan debate. Trump was impeached by the House of Representatives in December on two articles — abuse of power and obstruction of Congress. The Senate will now decide whether to convict Trump of those charges and remove him from office or acquit him.
For more on who’s who in the Trump impeachment inquiry, read:
Stream your PBS favorites with the PBS app:
Find more from PBS NewsHour at
Subscribe to our YouTube channel:
Follow us:
Facebook:
Twitter:
Instagram:
Snapchat: @pbsnews
Subscribe:
PBS NewsHour podcasts:
Newsletters: 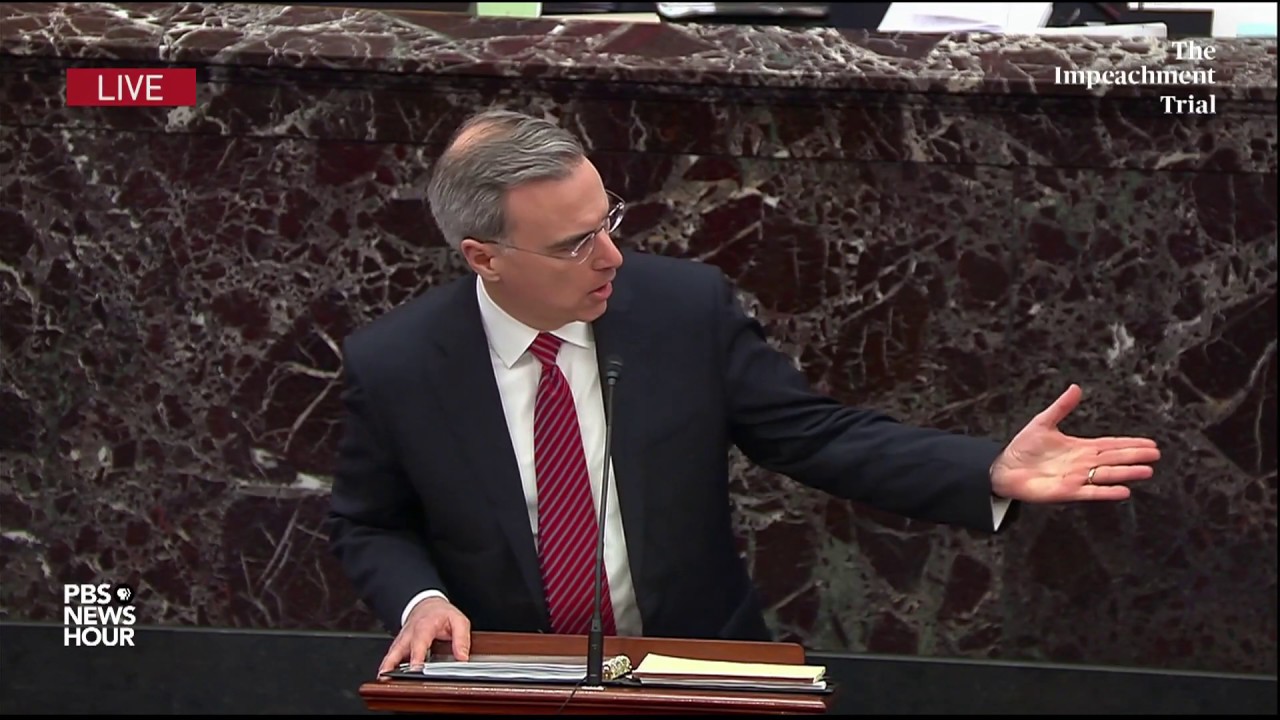