admin
In order to know how the universe will end, we must know what has happened to it so far. This is just one mystery NASA's forthcoming Wide Field Infrared Survey Telescope (WFIRST) mission will tackle as it explores the distant cosmos. The spacecraft's giant camera, the Wide Field Instrument (WFI), will be fundamental to this exploration.
The WFI has just passed its preliminary design review, an important milestone for the mission. It means the WFI successfully met the design, schedule and budget requirements to advance to the next phase of development, where the team will begin detailed design and fabrication of the flight hardware.
WFIRST is a next-generation space telescope that will survey the infrared universe from beyond the orbit of the Moon. Its two instruments are a technology demonstration called a coronagraph, and the WFI. The WFI features the same angular resolution as Hubble but with 100 times the field of view. Data it gathers will enable scientists to discover new and uniquely detailed information about planetary systems around other stars. The WFI will also map how matter is structured and distributed throughout the cosmos, which should ultimately allow scientists to discover the fate of the universe.
The WFI is designed to detect faint infrared light from across the universe. Infrared light is observed at wavelengths longer than the human eye can detect. The expansion of the universe stretches light emitted by distant galaxies, causing visible or ultraviolet light to appear as infrared by the time it reaches us. Such distant galaxies are difficult to observe from the ground because Earth's atmosphere blocks some infrared wavelengths, and the upper atmosphere glows brightly enough to overwhelm light from these distant galaxies. By going into space and using a Hubble-size telescope, the WFI will be sensitive enough to detect infrared light from farther than any previous telescope. This will help scientists capture a new view of the universe that could help solve some of its biggest mysteries, one of which is how the universe became the way it is now.
The WFI will allow scientists to peer very far back in time. Seeing the universe in its early stages will help scientists unravel how it expanded throughout its history. This will illuminate how the cosmos developed to its present condition, enabling scientists to predict how it will continue to evolve.
With its large field of view, the WFI will provide a wealth of information in each image it takes. This will dramatically reduce the amount of time needed to gather data, allowing scientists to conduct research that would otherwise be impractical.
With the successful completion of the WFI's preliminary design review, the WFIRST mission is on target for its planned launch in the mid-2020s. Scientists will soon be able to explore some of the biggest mysteries in the cosmos thanks to the WFI's wide field of view and precision optics.
Credits: NASA's Goddard Space Flight Center/Scott Wiessinger (USRA)
- Claire Saravia: Public Affairs Officer
- Krystofer Kim (USRA): Animator
- Ashley Balzer: Science Writer
Music" "Horizon Ahead" from Killer Tracks
Read more: [link]
This video is public domain and along with other supporting visualizations can be downloaded from the Scientific Visualization Studio at:
If you liked this video, subscribe to the NASA Goddard YouTube channel:
Follow NASA’s Goddard Space Flight Center
· Instagram
· Twitter
· Twitter
· Facebook:
· Flickr 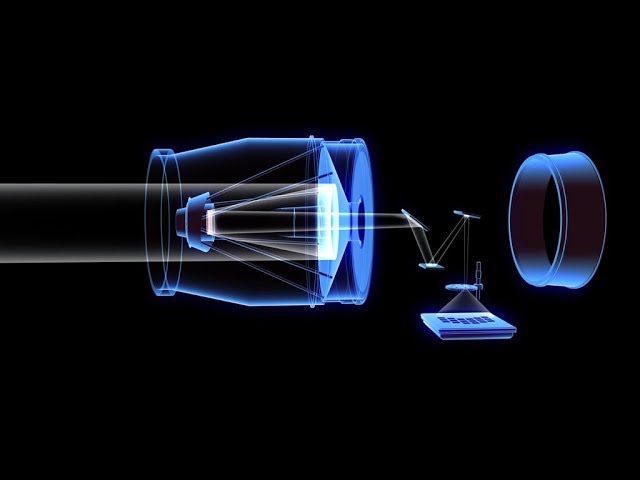 In order to know how the universe will end, we must know what has happened to it so far. This is just one mystery NASA's forthcoming Wide Field Infrar...