admin
In opening defense arguments on Jan. 25, President Donald Trump’s legal team argued that House Democrats did not meet the burden of proof to convict the president of two articles of impeachment. “We don’t believe that they have come anywhere close to meeting their burden for what they are asking you to do,” White House counsel Pat Cipollone said. “In fact, we believe that when you hear the facts, and that is what we intend to cover today, the facts, you will find that the president did absolutely nothing wrong.” Trump’s legal team began its defense on Saturday, after House managers were given 24 hours over three days to make their case for why the president should be removed from office. The defense will be given the same amount of time to make its arguments. The House of Representatives impeached Trump in December on two articles of impeachment--abuse of power and obstruction of Congress. The Senate trial will determine whether Trump is acquitted of those charges or convicted and removed from office.
For more on who’s who in the Trump impeachment inquiry, read: —
Stream your PBS favorites with the PBS app:
Find more from PBS NewsHour at
Subscribe to our YouTube channel:
Follow us:
Facebook:
Twitter:
Instagram:
Snapchat: @pbsnews 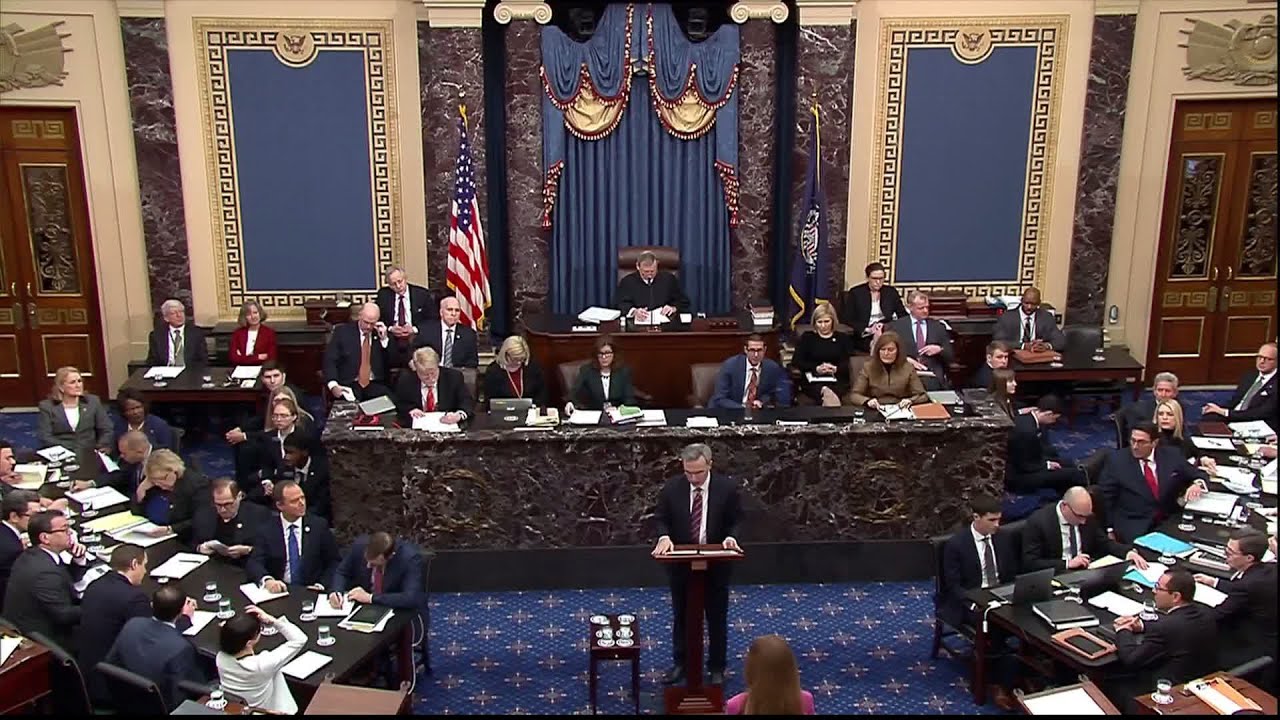 In opening defense arguments on Jan. 25, President Donald Trump’s legal team argued that House Democrats did not meet the burden of proof to convict t...