WATCH: The wall 'is not the way to border security,' top Democrats say after Trump meeting

admin
After a heated meeting on border security with President Donald Trump, Sen. Chuck Schumer, D-N.Y., and Rep. Nancy Pelosi, D-Calif., said they offered the president several ways to avoid a shutdown in a White House meeting Tuesday. It's not clear if he will take those options, they said, with Schumer adding that Trump expressed he wanted a shutdown. "A shutdown hurts too many innocent people," Schumer told reporters. Pelosi said she asked Trump to pray over the issue.
Stream your PBS favorites with the PBS app:
Find more from PBS NewsHour at
Subscribe to our YouTube channel:
Follow us:
Facebook:
Twitter:
Instagram:
Snapchat: @pbsnews
Subscribe:
PBS NewsHour podcasts:
Newsletters:

WATCH: The wall 'is not the way to border security,' top Democrats say after Trump meeting 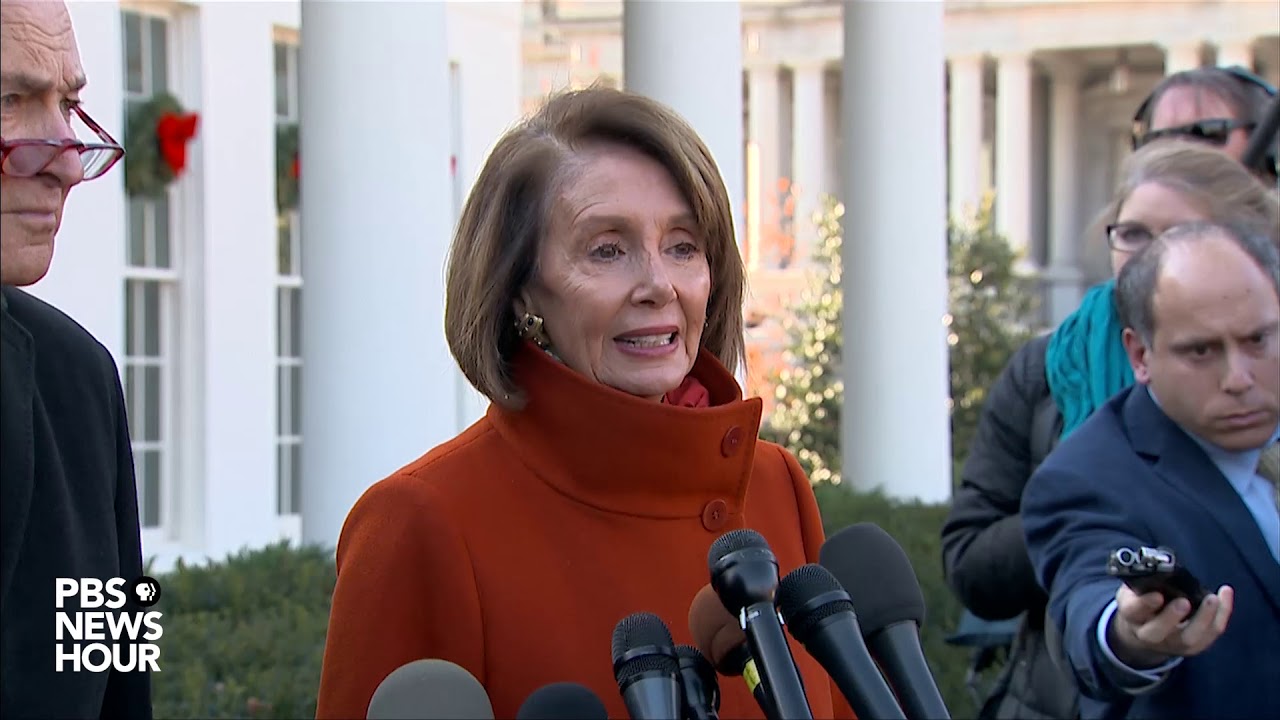