Added 2 months ago by admin
42 Views
Gordon Sondland, the U.S. ambassador to the European Union, said in contrast to testimony from David Holmes, a diplomat in the U.S. embassy in Kiev, that he did not mention the Bidens on a call with President Donald Trump on July 26. The call came the day after another call in which Trump asked the president of Ukraine to investigate the Bidens. “I wasn’t into investigating the Bidens,” Sondland said during an impeachment hearing on Nov. 20 in response to questions from Republican counsel Stephen Castor. Sondland testified earlier in the day that there was a “quid pro quo” in which U.S. aid and a White House meeting were contingent on Ukraine agreeing to investigate the 2016 elections and the Ukrainian energy company Burisma, where the son of 2020 presidential candidate Joe Biden, Hunter, sat on the board.
For more on who’s who in the Trump impeachment inquiry, read:
Stream your PBS favorites with the PBS app:
Find more from PBS NewsHour at
Subscribe to our YouTube channel:
Follow us:
Facebook:
Twitter:
Instagram:
Snapchat: @pbsnews
Subscribe:
PBS NewsHour podcasts:
Newsletters: 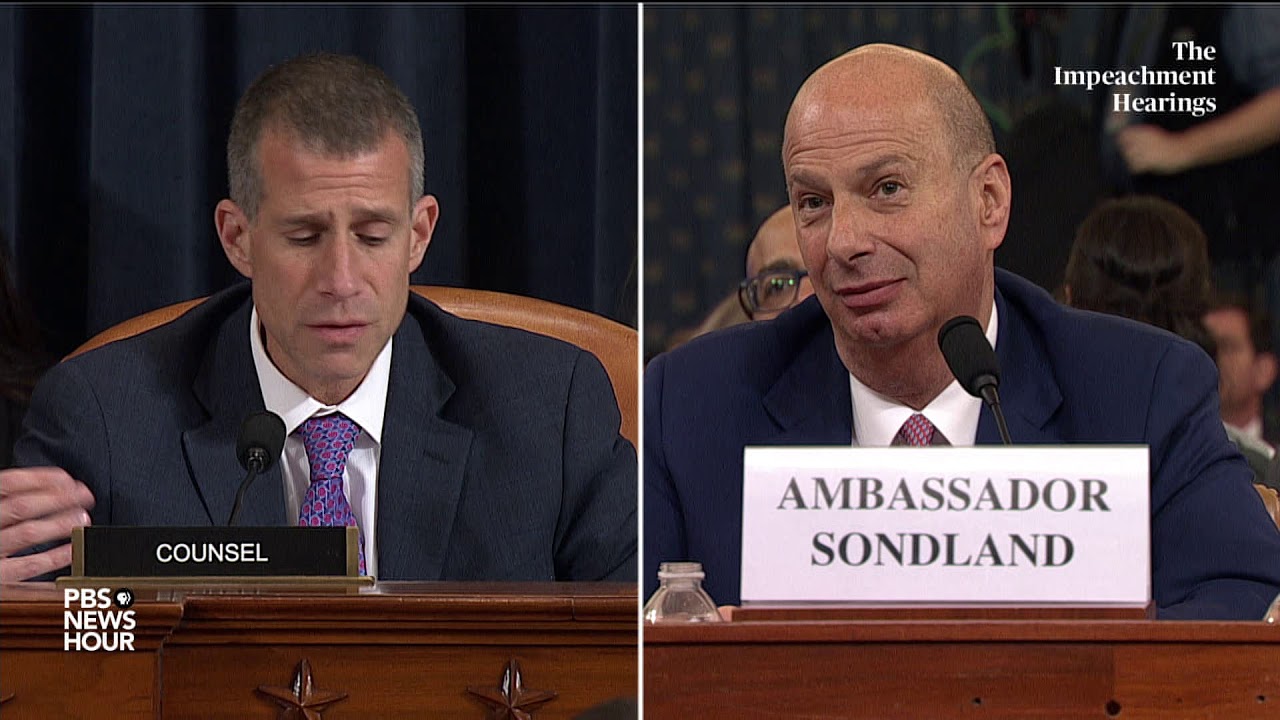 Gordon Sondland, the U.S. ambassador to the European Union, said in contrast to testimony from David Holmes, a diplomat in the U.S. embassy in Kiev, t...