WATCH: Schiff says Trump believes that anyone who opposes him is 'treasonous'

admin
In a question to House managers in the impeachment trial, Sen. Kamala Harris, D-Calif., said that President Donald Trump's comments echo ones made by President Richard Nixon that implied they both thought they were above the law. Harris asked how that thinking, and the Senate's potential decision to keep Trump in office, could undermine the American system of justice. Responding to the question, Rep. Adam Schiff said Trump believes anyone who opposes him is committing a “treasonous act.” Schiff further criticized the Trump team for failing to comply with House requests for documents and witnesses in the impeachment probe. Senators had their first chance to ask questions of the House managers and President Donald Trump’s legal team on Wednesday, Jan. 29. That came after both sides were given three days, respectively, to present their case. The House of Representatives impeached Trump in December on two articles--abuse of power and obstruction of Congress. The questions come ahead of a vote on whether to bring forward witnesses and documents as part of the Senate trial. The senate must now decide whether to acquit the president or convict him of the charges and remove him from office.
For more on who’s who in the Trump impeachment inquiry, read:
Stream your PBS favorites with the PBS app:
Find more from PBS NewsHour at
Subscribe to our YouTube channel:
Follow us:
Facebook:
Twitter:
Instagram:
Snapchat: @pbsnews
Subscribe:
PBS NewsHour podcasts:
Newsletters:

WATCH: Schiff says Trump believes that anyone who opposes him is 'treasonous' 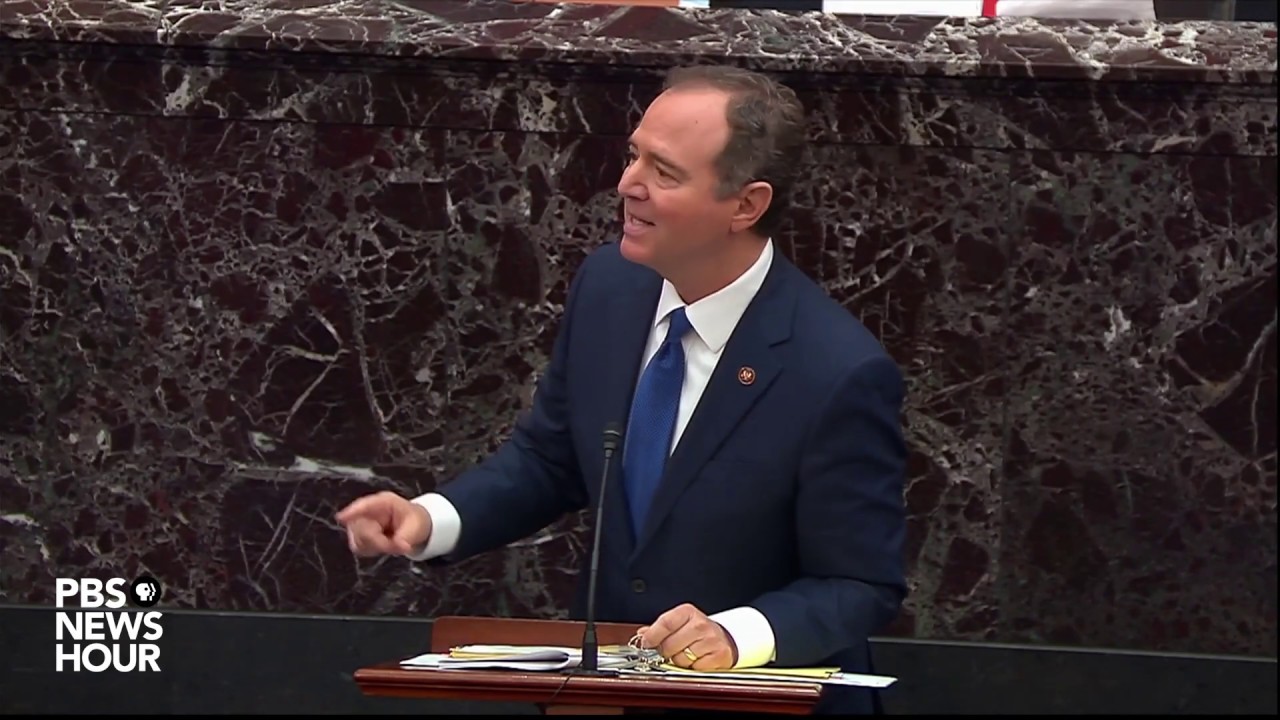 In a question to House managers in the impeachment trial, Sen. Kamala Harris, D-Calif., said that President Donald Trump's comments echo ones made by ...