admin
Rep. Adam Schiff, the lead House manager in the impeachment trial of President Donald Trump, began the second day of arguments by House Democrats by joking about how difficult it is to get senators' attention. “I’m not sure the chief justice is fully aware just how rare it is, how extraordinary it is for the House members to be able to command the attention of senators sitting silently for hours, or even for minutes for that matter,” Schiff said on Jan. 23. "Of course it doesn't hurt that the morning starts out every day with the sergeant at arms warning you that if you don't, you will be imprisoned." House managers, who are acting as prosecutors in the trial, began presenting arguments the day before. The White House will give its defense after the House managers have been allowed 24 hours over the course of three days to present their case. The House of Representatives impeached the president in December on two articles — abuse of power and obstruction of Congress. The trial will determine whether Trump is convicted of those charges and removed from office, or acquitted.
For more on who’s who in the Trump impeachment inquiry, read:
Stream your PBS favorites with the PBS app:
Find more from PBS NewsHour at
Subscribe to our YouTube channel:
Follow us:
Facebook:
Twitter:
Instagram:
Snapchat: @pbsnews
Subscribe:
PBS NewsHour podcasts:
Newsletters: 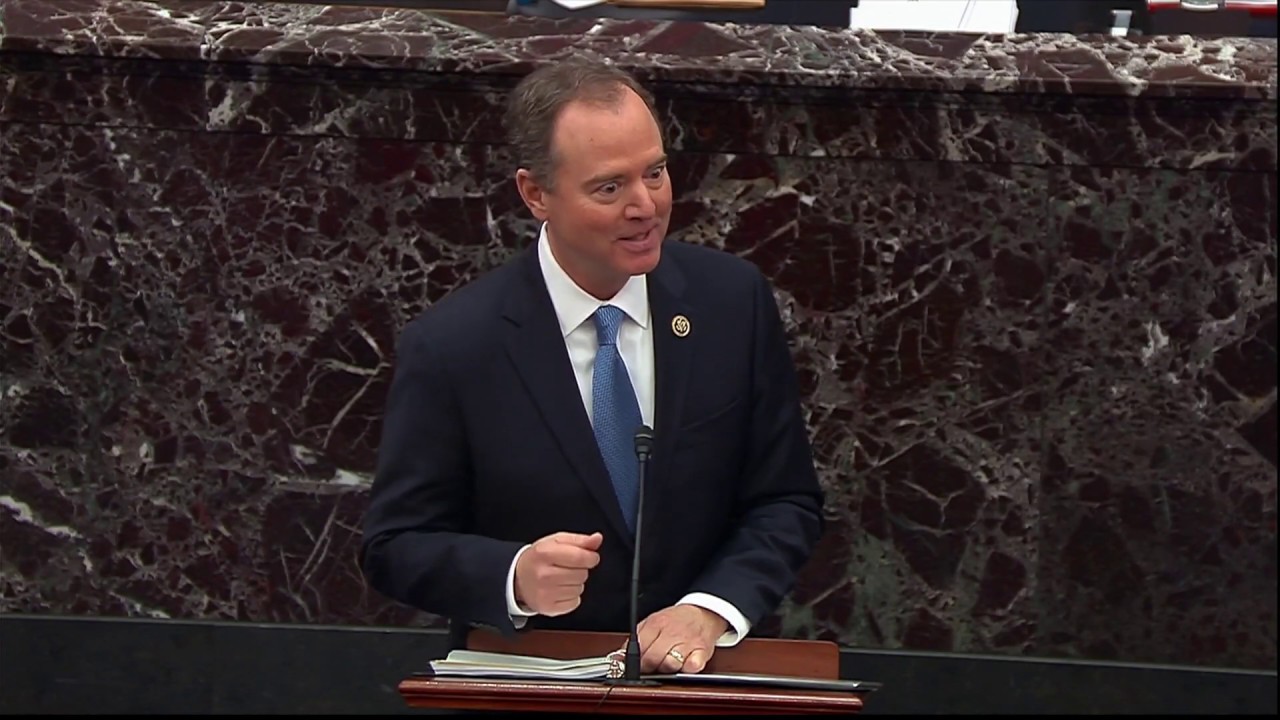 Rep. Adam Schiff, the lead House manager in the impeachment trial of President Donald Trump, began the second day of arguments by House Democrats by j...