admin
At the end of hours of debate ahead of the House impeachment vote, Rep. Adam Schiff, D-Calif., emphasized why Americans and the country's top officials ought to care about President Donald Trump's actions toward Ukraine. Schiff said "we should care about our allies," including Ukraine, and "about a country struggling to be free and a democracy." "Of course, it's about more than Ukraine. It's about us. It's about our national security. Their fight is our fight. Their defense is our defense," Schiff said. The committee that he chairs, the House Intelligence Committee, was the first to kick off public hearings on impeachment in November. Trump has been charged with two articles of impeachment--abuse of power and obstruction of Congress. If passed, the process will then head for a trial in the Senate, where Republicans have a majority. Earlier in the day, the House voted to approve rules for the vote.
For more on who’s who in the Trump impeachment inquiry, read:
Stream your PBS favorites with the PBS app:
Find more from PBS NewsHour at
Subscribe to our YouTube channel: 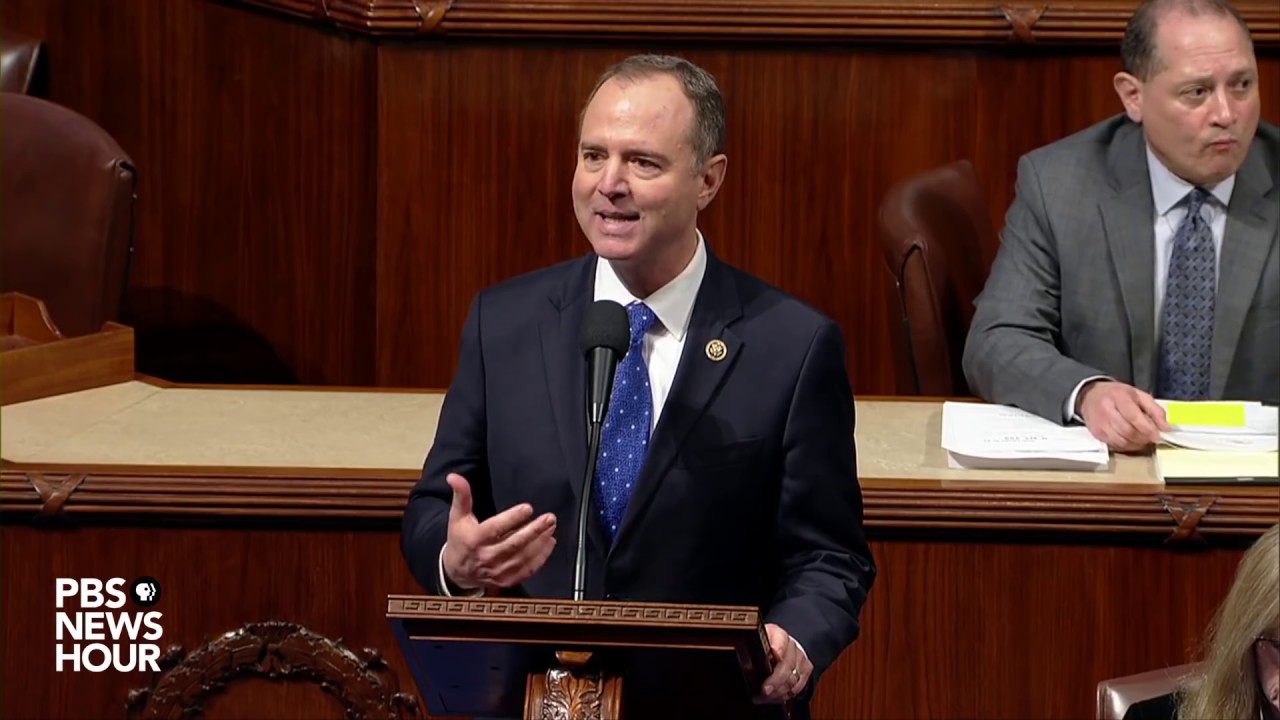 At the end of hours of debate ahead of the House impeachment vote, Rep. Adam Schiff, D-Calif., emphasized why Americans and the country's top official...