Added 4 weeks ago by admin
19 Views
Rep. Adam Schiff, the lead House manager, argued the case against President Donald Trump in the impeachment trial on Jan. 22, saying that the president withheld U.S. military aid in an attempt to pressure Ukraine to investigate his political rivals. Schiff’s remarks kicked off the House managers’ opening arguments, which will be presented in 24 hours over the course of three days. “Guarding against a president who undertakes official acts with the corrupt motive of helping himself is at the heart of the impeachment power,” Schiff said. The House of Representatives impeached the president in December on two articles — abuse of power and obstruction of Congress. The trial will determine whether Trump is convicted of those charges and removed from office, or acquitted.
For more on who’s who in the Trump impeachment inquiry, read:
Stream your PBS favorites with the PBS app:
Find more from PBS NewsHour at
Subscribe to our YouTube channel:
Follow us:
Facebook:
Twitter:
Instagram:
Snapchat: @pbsnews
Subscribe:
PBS NewsHour podcasts:
Newsletters: 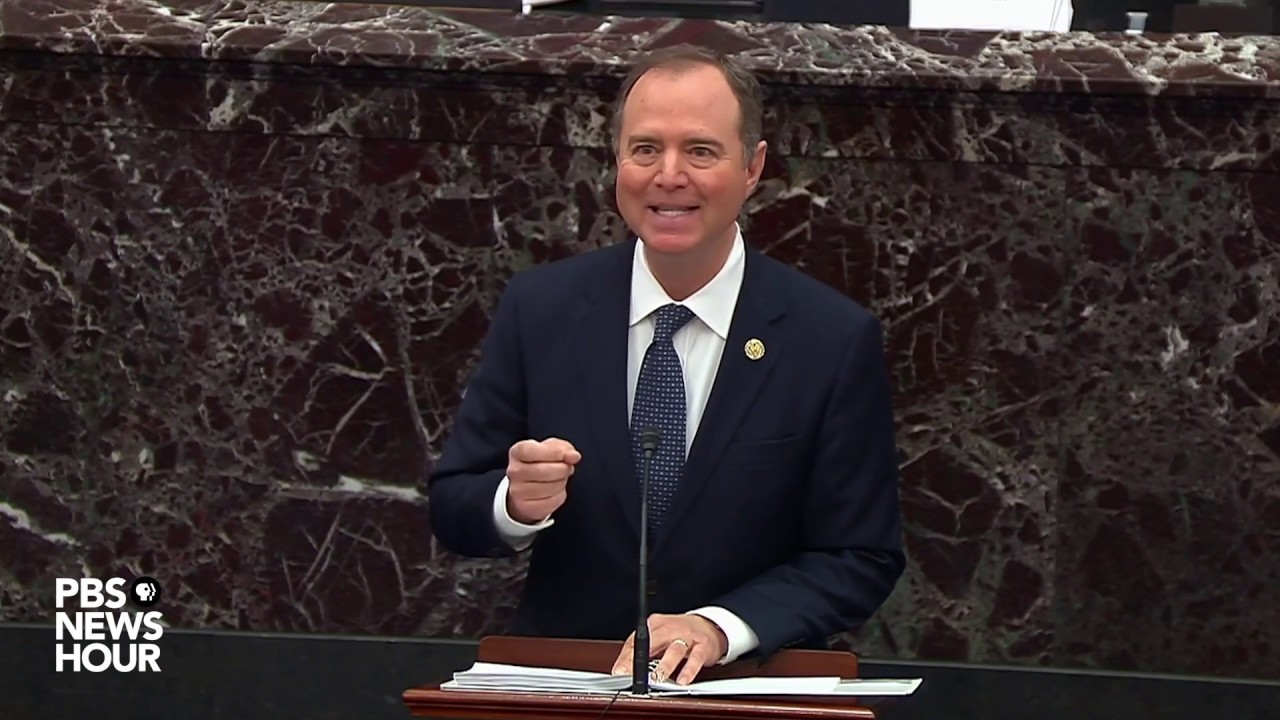 Rep. Adam Schiff, the lead House manager, argued the case against President Donald Trump in the impeachment trial on Jan. 22, saying that the presiden...