Added 2 months ago by admin
19 Views
Rep. John Ratcliffe, R-Texas, said “not a single witness” has described President Donald Trump’s conduct toward Ukraine as “bribery” even though House Speaker Nancy Pelosi has accused Trump of bribery. Ratcliff spoke during an impeachment hearing featuring Lt. Col. Alexander Vindman, an Army officer who works for the National Security Council, and Jennifer Williams, an aide to Vice President Mike Pence, on Nov. 19. Vindman and Williams both listened in on a July phone call in which Trump asked the president of Ukraine to investigate former vice president and 2020 presidential candidate Joe Biden and his son, Hunter.
For more on who’s who in the Trump impeachment inquiry, read:
Stream your PBS favorites with the PBS app:
Find more from PBS NewsHour at
Subscribe to our YouTube channel:
Follow us:
Facebook:
Twitter:
Instagram:
Snapchat: @pbsnews
Subscribe:
PBS NewsHour podcasts:
Newsletters: 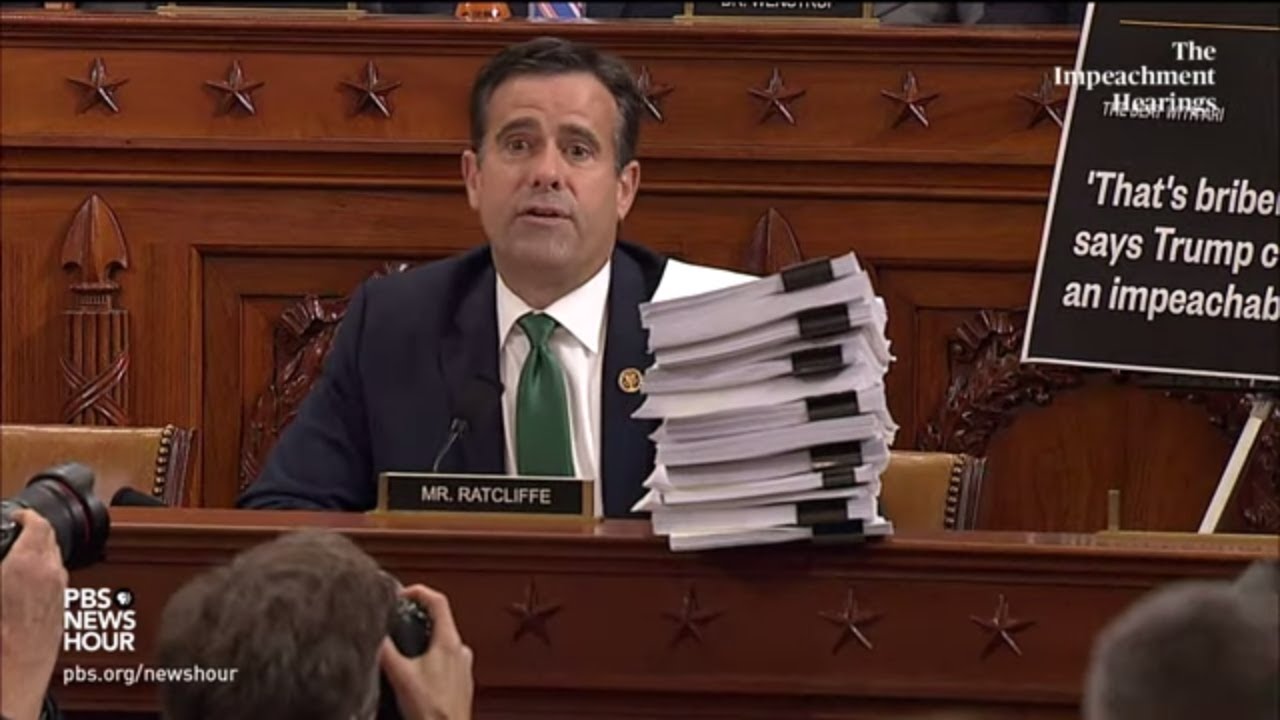 Rep. John Ratcliffe, R-Texas, said “not a single witness” has described President Donald Trump’s conduct toward Ukraine as “bribery” even though House...