Added 2 months ago by admin
34 Views
Rep. Jim Jordan, R-Ohio, questioned Bill Taylor, the top U.S. diplomat in Ukraine, in the first public hearing in the impeachment inquiry against President Donald Trump. Jordan pressed Taylor on how he came to have a "clear understanding" that the U.S. aid to Ukraine was dependent on opening an investigation into Trump's political rivals. Jordan said there was no "linkage" but Taylor said he came to his conclusion based on people he spoke to. The probe centers around a July phone call in which Trump asked the president of Ukraine to investigate former vice president and 2020 presidential candidate Joe Biden and his son, Hunter. Both Kent and Taylor testified to lawmakers in October behind closed doors.
For more on who’s who in the Trump impeachment inquiry, read:
Stream your PBS favorites with the PBS app:
Find more from PBS NewsHour at
Subscribe to our YouTube channel:
Follow us:
Facebook:
Twitter:
Instagram:
Snapchat: @pbsnews
Subscribe:
PBS NewsHour podcasts:
Newsletters: 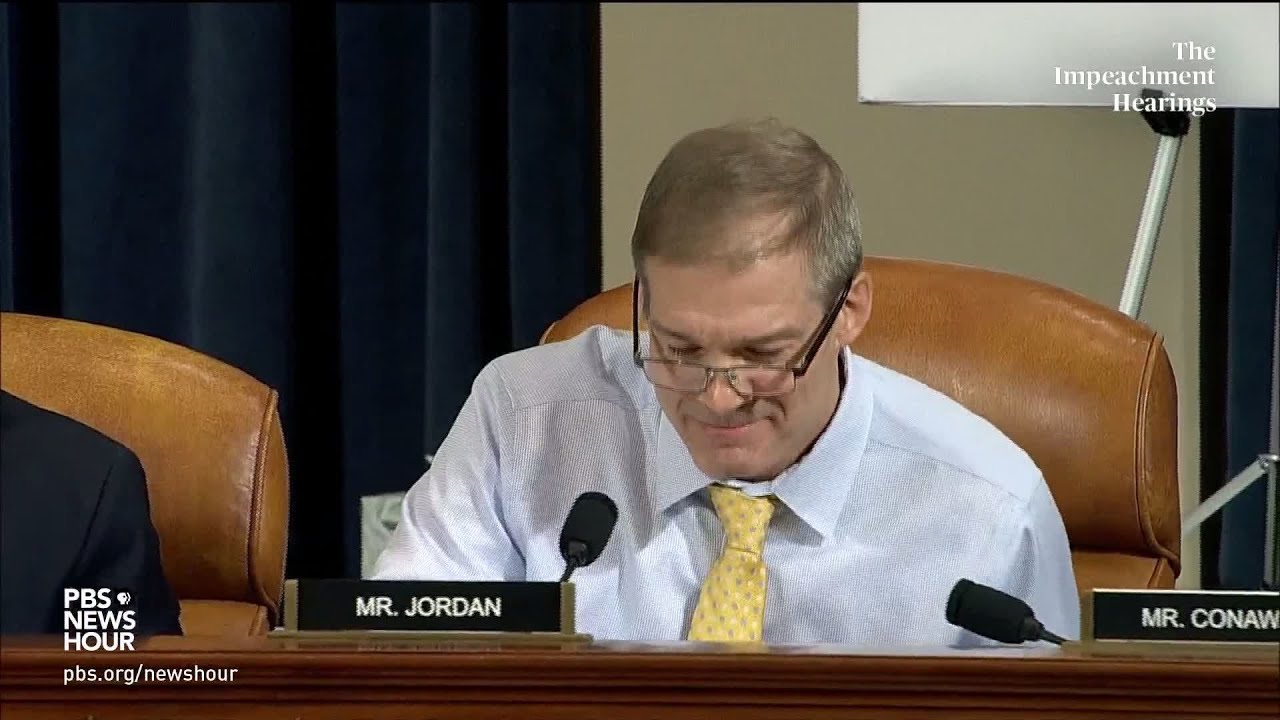