admin
Rep. Zoe Lofgren, a House impeachment manager, said historical precedent supports Democrats’ claims that President Donald Trump should be removed from office because he has blocked Congress from investigating his conduct. “Presidents can’t be above the law,” Lofgren, D-Calif., said. After spending two days laying out the case for the first article of impeachment — abuse of power — House Democrats spent the better part of Friday making the case for the second article of impeachment—obstruction of Congress. The House of Representatives impeached the president in December. The Senate trial will determine whether Trump is acquitted, or convicted of the two articles of impeachment and removed from office.
Stream your PBS favorites with the PBS app:
Find more from PBS NewsHour at
Subscribe to our YouTube channel:
Follow us:
Facebook:
Twitter:
Instagram:
Snapchat: @pbsnews
Subscribe:
PBS NewsHour podcasts:
Newsletters: 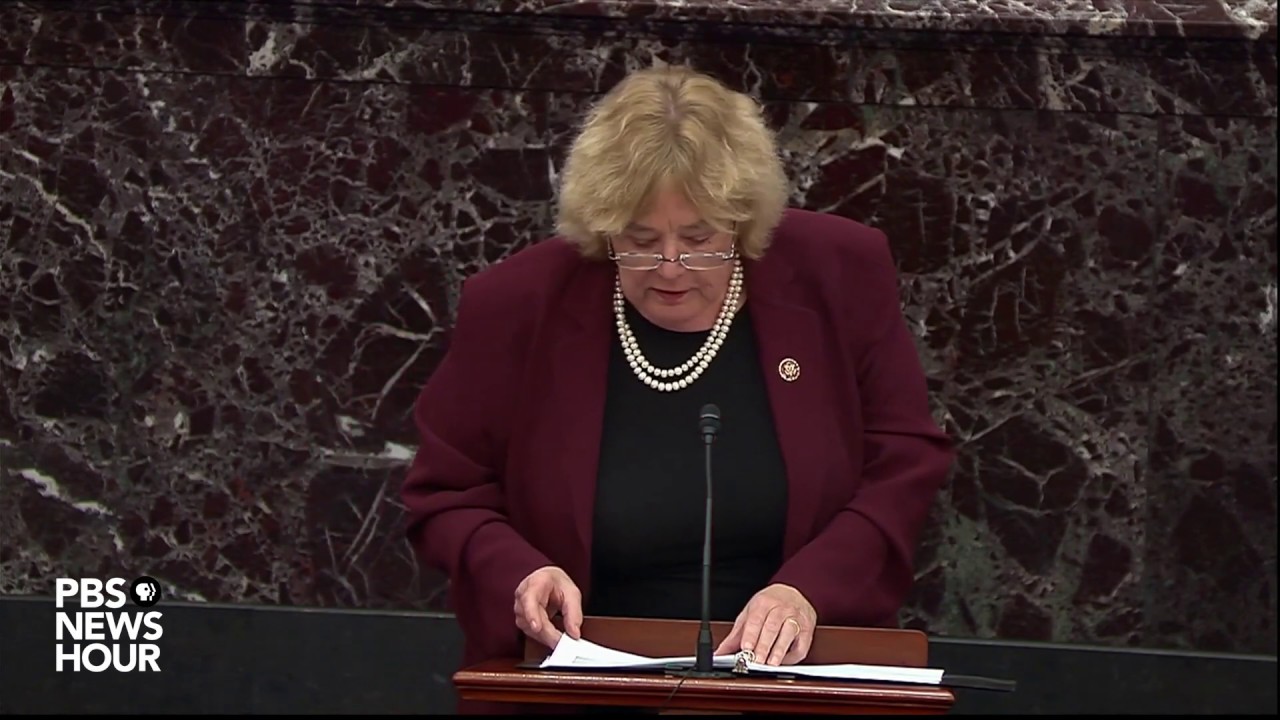