WATCH: In impeachment trial, Schiff argues why U.S. shouldn't 'just get over it’

Added 1 month ago by admin
11 Views
Referring to comments made by acting White House chief of staff Mick Mulvaney, Rep. Adam Schiff, the lead House manager in the Trump impeachment trial, asked whether Congress and nation should just “get over” the idea that domestic politics would influence U.S. foreign policy. “Should the American people just come to expect that our presidents will corruptly abuse their office to seek the help of a foreign policy to cheat in our elections? Should we just get over it? Is that what we’ve come to? I hope and pray that the answer is no,” Schiff said during opening arguments in the Senate trial on Jan. 22. The House of Representatives impeached the president in December on two articles — abuse of power and obstruction of Congress. The trial will determine whether Trump is convicted of those charges and removed from office, or acquitted.
For more on who’s who in the Trump impeachment inquiry, read:
Stream your PBS favorites with the PBS app:
Find more from PBS NewsHour at
Subscribe to our YouTube channel:
Follow us:
Facebook:
Twitter:
Instagram:
Snapchat: @pbsnews

WATCH: In impeachment trial, Schiff argues why U.S. shouldn't 'just get over it’ 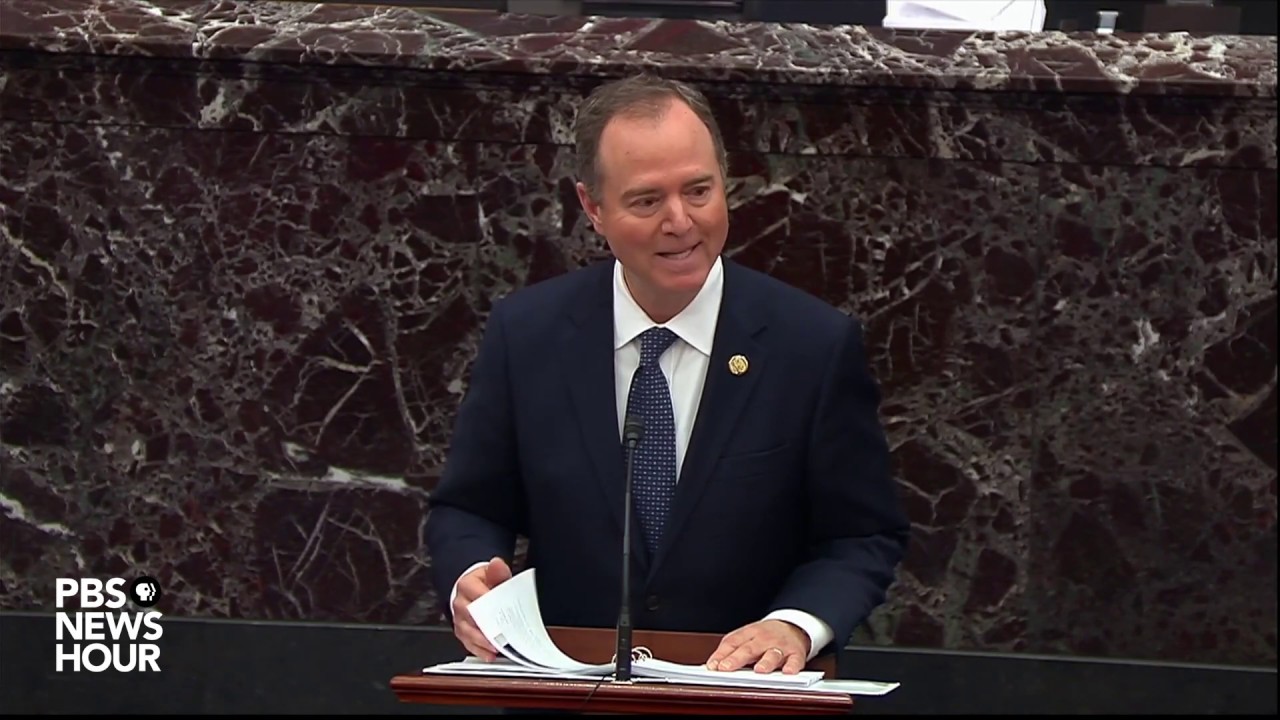