admin
Democratic counsel Daniel Goldman questioned Fiona Hill, the Trump administration’s former Russia adviser, and David Holmes, a top staffer at the U.S. Embassy in Ukraine, on Nov. 20, in a public hearing as part of the impeachment inquiry into President Donald Trump. Hill said when asked former national security adviser John Bolton what could be done about the Rudy Giuliani-led smear campaign against former Ambassador Marie Yovanovitch, she said Bolton indicated that there wasn't much they could do about it. "And [Bolton] then, in the course of that discussion, said that 'Rudy Giuliani was a hand grenade that was going to blow everyone up,'" Hill said. Asked if she knew what Bolton meant by that statement, Hill said yes, because Giuliani had been making "incendiary" remarks on television about everyone involved in the situation. The impeachment inquiry has focused on a July 25 phone call in which Trump asked the president of Ukraine to investigate former vice president and 2020 presidential candidate Joe Biden and his son, Hunter.
For more on who’s who in the Trump impeachment inquiry, read:
Stream your PBS favorites with the PBS app:
Find more from PBS NewsHour at
Subscribe to our YouTube channel:
Follow us:
Facebook:
Twitter:
Instagram:
Snapchat: @pbsnews
Subscribe:
PBS NewsHour podcasts:
Newsletters: 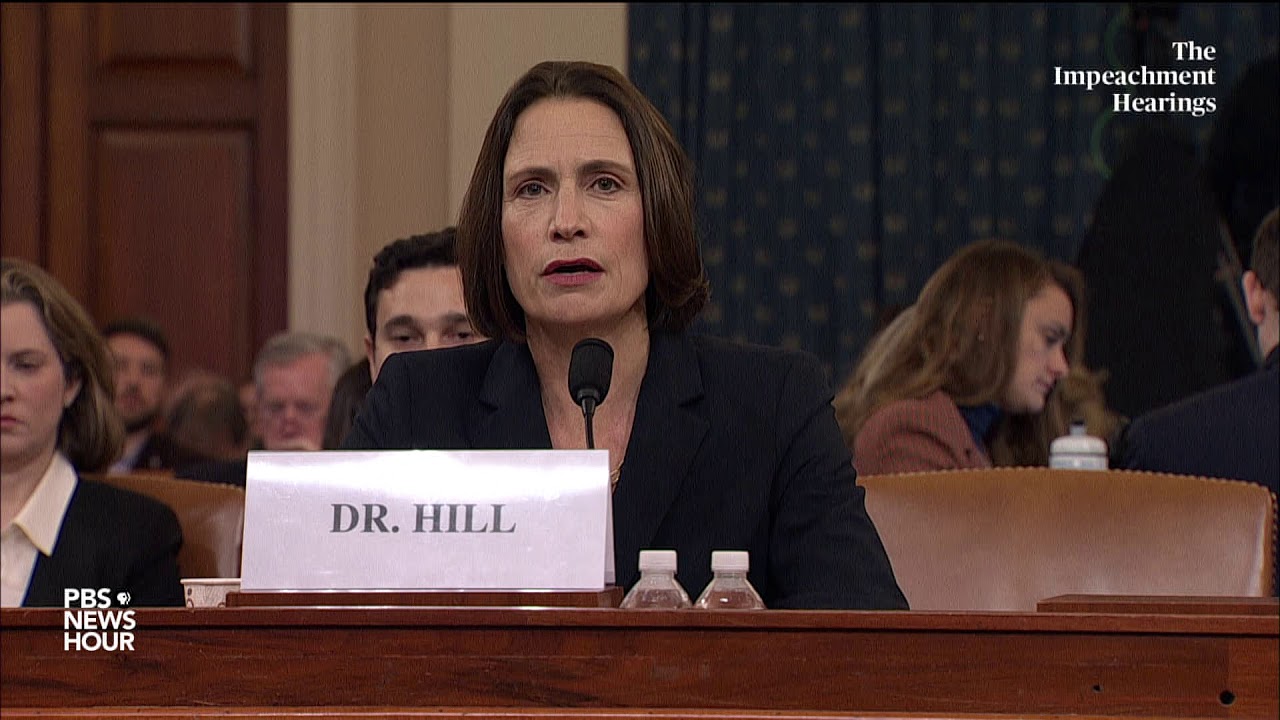