admin
Clashes between protesters and security forces in central Baghdad killed four people and wounded 62 on Thursday acc. to Iraqi medical and security officials.
At least 320 people have been killed and thousands have been wounded since the unrest began on Oct. 1, when protesters took to the streets in the tens of thousands.
Thursday’s clashes came a day after protesters said that an intensifying crackdown by authorities had been instilling fear and reducing turnout but said they would remain defiant.
The protesters also called for people to return to the streets in large numbers later this week.
The protesters are outraged by what they say is widespread corruption, lack of job opportunities and poor basic services, including electricity cuts, despite the country’s vast oil wealth.
Subscribe to RT!
RT LIVE
Check out
Like us on Facebook
Follow us on VK
Follow us on Twitter
Follow us on Instagram
Follow us on Soundcloud
#RT (Russia Today) is a global #news network broadcasting from Moscow, London, Paris and Washington studios to over 100 countries. RT is the first news channel to break the 1 billion YouTube views benchmark. 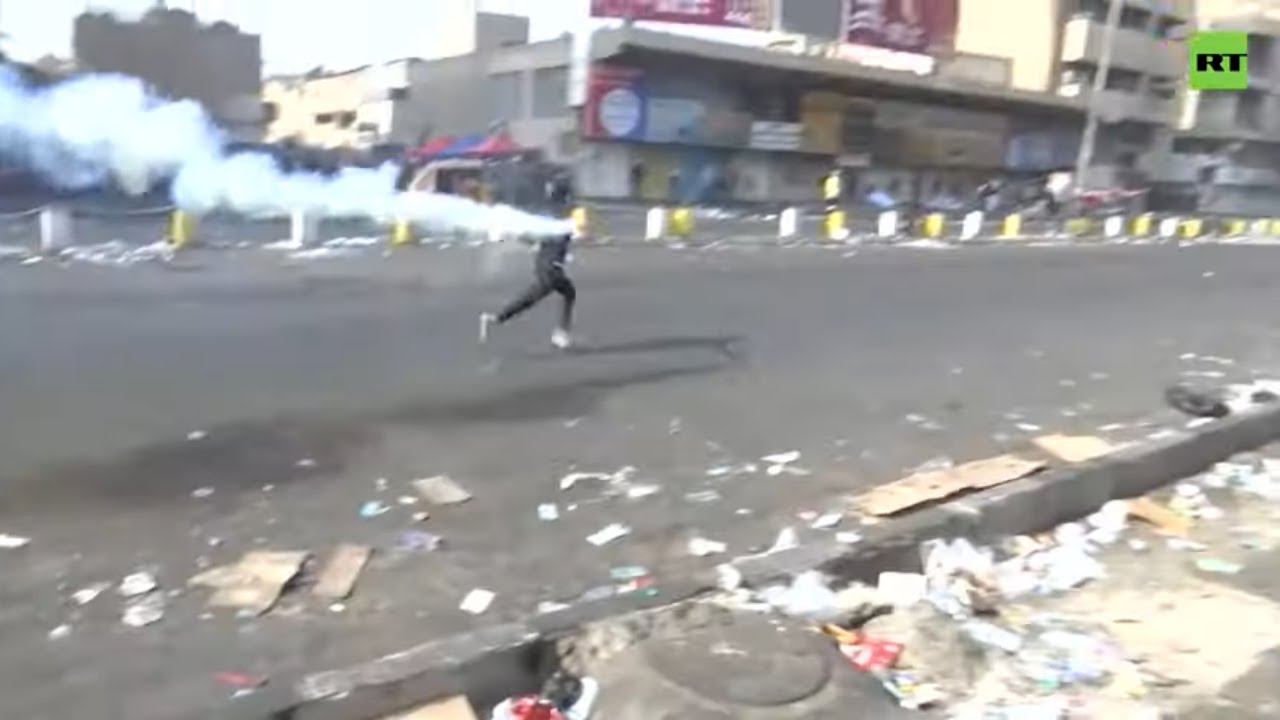 Clashes between protesters and security forces in central Baghdad killed four people and wounded 62 on Thursday acc. to Iraqi medical and security off...