Venezuela: Maduro sworn in for second term as President

Added 1 year ago by admin
50 Views
Subscribe to our channel! rupt.ly/subscribe
Venezuelan President Nicolas Maduro was sworn in for a second term in Caracas on Thursday, in a ceremony rejected by most of the international community.
Maduro's re-election to a country facing the worst economic crisis in its history was tainted by allegations of vote-rigging and an opposition boycott.
The President's speech took aim at the US and its allies, accusing it of conspiring against Venezuela.
"They have tried to turn a formal, protocolary, legal, constitutional, peaceful takeover into a world war against our country. Like crazy, the satellite governments of US imperialism are making up stories, shouting, screaming and carrying on [about Venezuela]"
The US, Canada and a dozen of Latin American countries have said they would not recognise Maduro's presidency.
Video ID: 20190110 034
Video on Demand:
Contact: [email protected]
Twitter:
Facebook:

Venezuela: Maduro sworn in for second term as President 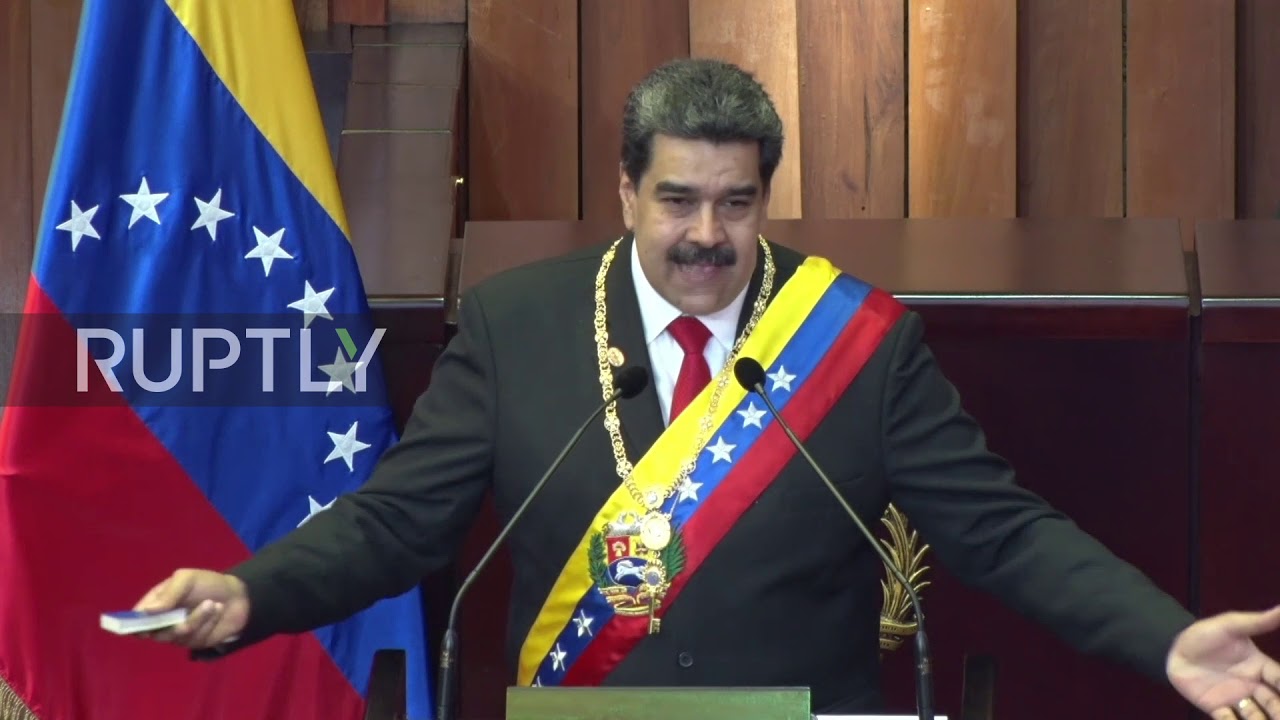 Subscribe to our channel! rupt.ly/subscribeVenezuelan President Nicolas Maduro was sworn in for a second term in Caracas on Thursday, in a ceremony re...