admin
US President Donald Trump announced new sanctions on Iran's iron, steel, aluminium and copper industries during a political rally in Panama City Beach, Florida on Wednesday.
"Unfortunately, just today, I felt compelled to authorise new sanctions on Iran's iron, steel, aluminium and copper industries, because I hope to be able at some point - maybe it won't happen, possibly won't - to sit down and work out a fair deal," said Trump.
Trump justified his decision by saying "we're not looking to hurt anybody, we want a fair deal, we just don't want them to have nuclear weapons, that's all we want."
The president also criticised Democrats for continuing investigations into alleged conspiracy and obstruction of justice by his administration.
In a report the president summed up as "no collusion, no obstruction, no anything," Special Counsel Robert Mueller's team laid out the results of their two-year investigation, finding the evidence insufficient to establish conspiracy, and choosing not to charge the president with obstruction of justice, while not exonerating him either.
Subscribe to our channel! rupt.ly/subscribe
Video ID: 20190509-010
Video on Demand:
Contact: [email protected]
Twitter:
Facebook: 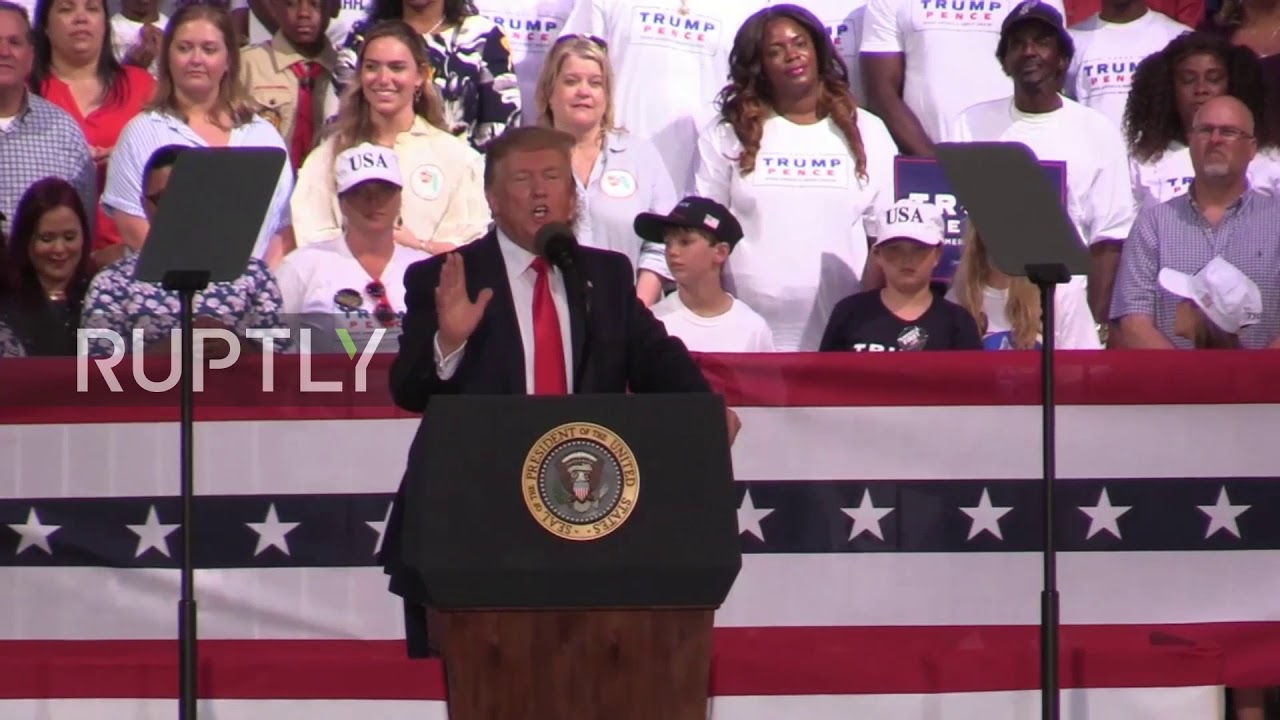