USA: Thousands of protesters flood LA streets on May Day

admin
Subscribe to our channel! rupt.ly/subscribe
Thousands of protesters took the streets of Los Angeles on May Day, not only to demonstrate for labour rights but also to protest against the US President Donald Trump's administration and its immigration policies, on Wednesday.
Protesters carried banners and signs reading supportive messages towards undocumented aliens such as 'No ban, no wall' and 'Abolish ICE' as well as 'Trump/Pence must go', while marching the three miles that separate MacArthur Park and the City Hall.
One of the protesters, Jesus Garcia said: "I'm here because I am a native, gay, undocumented, first generation student and everything is in danger for me because of this administration.
The march was organized by dozens of organisations including Coalition for Humane Immigrant Rights of Los Angeles (CHIRLA), Answer Coalition LA, Black Lives Matter LA, as well as by many LGBTQ community members.
Video ID: 20190502-019
Video on Demand:
Contact: [email protected]
Twitter:
Facebook:

USA: Thousands of protesters flood LA streets on May Day 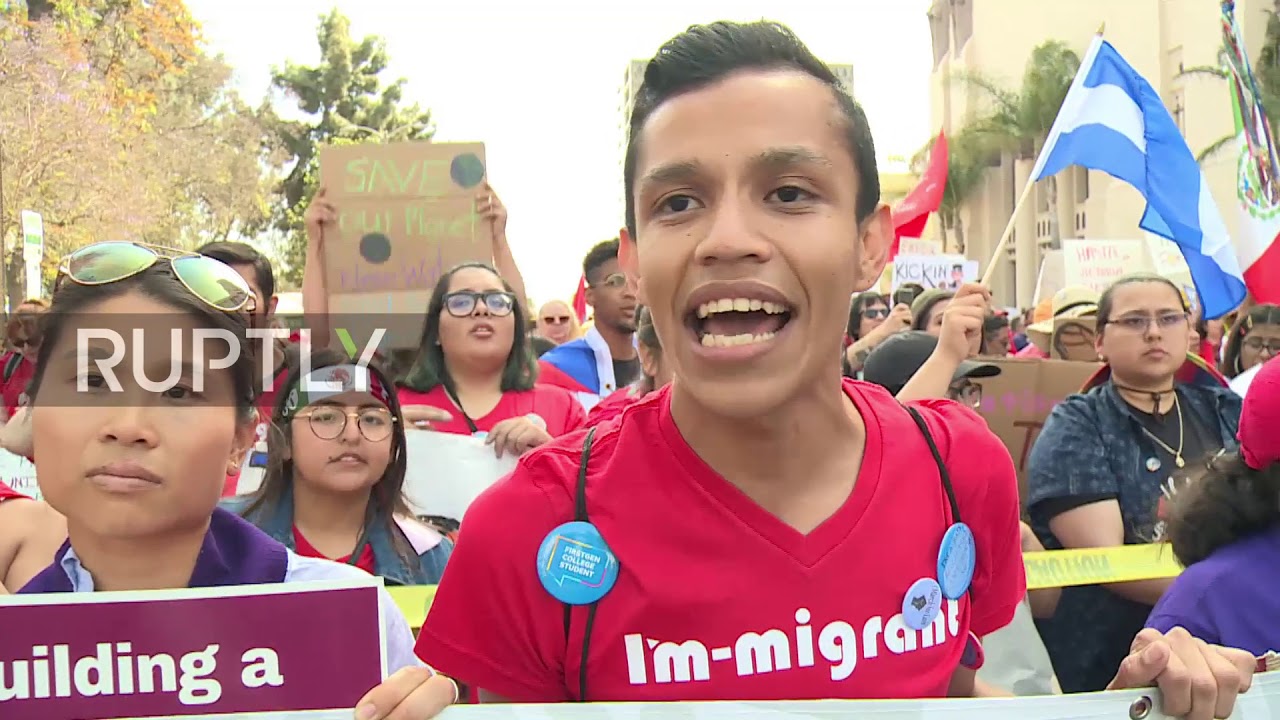 Subscribe to our channel! rupt.ly/subscribeThousands of protesters took the streets of Los Angeles on May Day, not only to demonstrate for labour righ...