Added 8 months ago by admin
12 Views
Subscribe to our channel! rupt.ly/subscribe
Washington will retain its pressure campaign on Iran, all the while trying to stay clear from a military escalation with the Islamic Republic, according to the US Secretary of State Mike Pompeo as he spoke to reporters at United States Central Command (CENTCOM) headquarters in MacDill Air Force Base, in Tampa on Tuesday.
"President Trump does not want war and we will continue to communicate that message while doing the things that are necessary to protect American interests in the region," said Pompeo speaking against the backdrop of growing tensions with Tehran and fears of a military confrontation in the Middle East.
Pompeo once again addressed Washington’s decision to dispatch 1,000 troops to the Middle East, having discussed specifics in a closed meeting with CENTCOM Commander Lieutenant General Kenneth McKenzie and Special Forces Commander Lieutenant General Richard Clarke.
"We… continue to work to convince the Islamic Republic of Iran that we are serious and to deter them from further aggression in the region."
Pompeo also urged countries with deep interest in the safety and navigability of the Strait of Hormuz to join the US in standing up to Iran, as Washington has been blaming Tehran for recent attacks on oil tankers in the Sea of Oman.
Video ID: 20190618-048
Video on Demand:
Contact: [email protected]
Twitter:
Facebook: 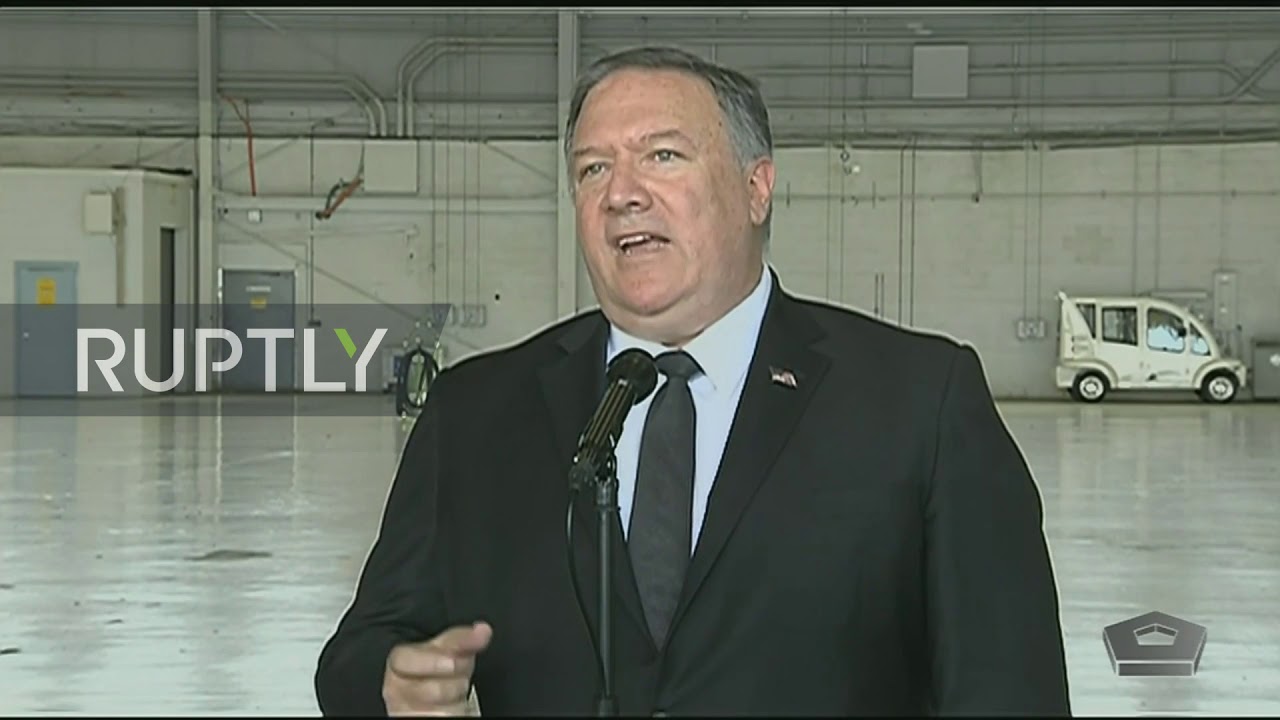 Subscribe to our channel! rupt.ly/subscribeWashington will retain its pressure campaign on Iran, all the while trying to stay clear from a military es...