Added 1 month ago by admin
13 Views
Subscribe to our channel! rupt.ly/subscribe
US Secretary of State Mike Pompeo and Treasury Secretary Steven Mnuchin announced new sanctions on Iran in order for it to "behave like a normal nation" during a press conference in Washington DC on Friday, one week after carrying out the assassination of one of the country's top generals.
"We want Iran to simply behave like a normal nation, we believe the sanctions that we impose today further that strategic objective," Pompeo said.
The announcement comes a week after the United States killed Iranian Quds Forces General Qassem Soleimani in an airstrike at Baghdad airport on January 3. The Trump administration said the assassination was want to prevent an "imminent attack" on Americans, though it has not provided any details so far.
"I don't know exactly which minute, we don't know exactly which day it [the attack] would be executed, but it was very clear: Qassem Soleimani himself was plotting a broad large-scale attack against American interests, and those attacks were imminent," Pompeo said.
Treasury Secretary Mnuchin said the sanctions will "cut off billions of support to the Iranian regime," targeting the country's largest steel and iron manufacturers, as well as any individual dealing with the construction, manufacturing, textiles, and mining business in Iran.
The administration is also "taking action against eight senior Iranian officials" said to be involved in the Tuesday's missile strike on US bases in Iraq, carried out as a response to the killing of General Soleimani.
Video ID: 20200110-036
Video on Demand:
Contact: cd@ruptly.tv
Twitter:
Facebook: 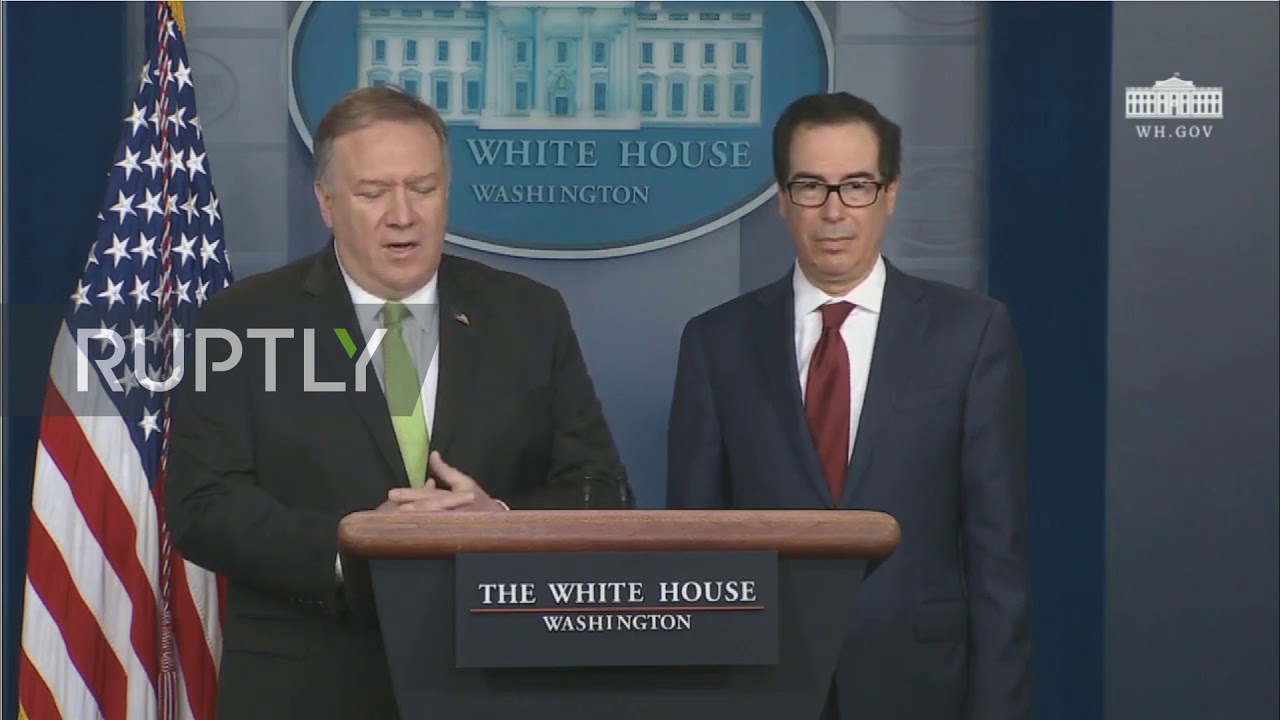