admin
Subscribe to our channel! rupt.ly/subscribe
US President Donald Trump announced new sanctions would be imposed on Iran, during an improvised press conference on Saturday, saying if Iran were willing to negotiate a new nuclear deal with the United States, it would "make Iran great again."
"The sanctions have hit them hard. More sanctions are going to be put on, a lot more. It's hard to believe you can even put on. But it's a mess," the president said as he was boarding Marine One, the presidential helicopter, on his way to Camp David. "We can have a deal with them very quickly if they want to do it, it's up to them. But if Iran wants to become a wealthy nation again, become a prosperous nation, we'll call it, 'Let's make Iran great again,' does that make sense?"
After the Iranian military shot down a US surveillance drone on Thursday, Trump reportedly cancelled a retaliatory airstrike at the last minute, which he says would have killed 150 people.
"Everybody was saying I'm a warmonger, and now they're saying I'm a dove, and I think I'm neither, if you want to know the truth. I'm a man with common sense," he said. "I didn't like the idea of them knowingly shooting down an unmanned drone, and then we kill 150 people. I didn't like that."
He attributed his decision to the fact that he comes from New York City.
"I come from New York City. In New York City we have a lot of Iranians, and they're great people," he said, calling Iranians in New York smart, ambitious and high-quality people. "I have many friends that are Iranian. I don't want to kill 150 Iranians."
The situation between Iran and the United States has been escalating since Iran announced in May that it would partially withdraw from the Joint Comprehensive Plan of Action (JCPOA), the nuclear deal which the Obama administration, Iran and the European Union signed in 2015 – the Trump administration withdrew from the deal in May 2018, re-imposing sanctions on Iran.
Video ID: 20190622-048
Video on Demand:
Contact: [email protected]
Twitter:
Facebook: 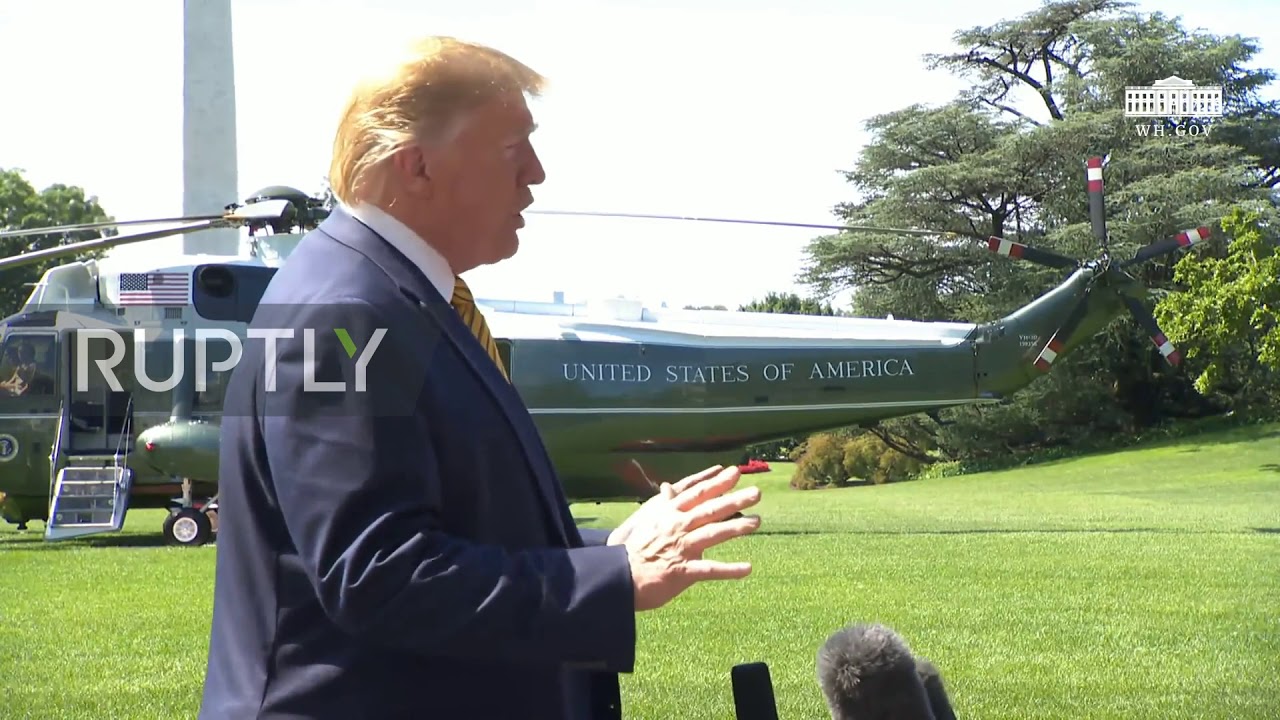 Subscribe to our channel! rupt.ly/subscribeUS President Donald Trump announced new sanctions would be imposed on Iran, during an improvised press conf...