Added 1 month ago by admin
2 Views
Subscribe to our channel! rupt.ly/subscribe
US Secretary of State Mike Pompeo has continued to criticise Iran and relayed the US strategy to "re-established deterrence," in a conference on Monday at Stanford University in California.
Pompeo likened Soleimani to Osama Bin Laden, saying they had killed 600 Americans, and said it was "why thousands of Iraqis took to the streets to celebrate when they heard Soleimani was dead. Many more would have undoubtedly joined them but for the fear that the remaining Iranian-backed thugs - many of which were at the gates of the American embassy in the days before - would have beaten them or jailed them or killed them."
The USA wants "to deprive the regime of resources, resources it needs to perpetrate its malign activity around the world," Pompeo added, saying they had "cut off roughly 80 percent of the Iranian oil revenues."
"We just want Iran to behave like a normal nation. Just be like Norway. Alright?" he said.
Pompeo also blamed the reunification of Crimea with Russia on "weak" American deterrence and said the US has now "resumed lethal support for the Ukrainian military."
Video ID: 20200113-050
Video on Demand:
Contact: cd@ruptly.tv
Twitter:
Facebook: 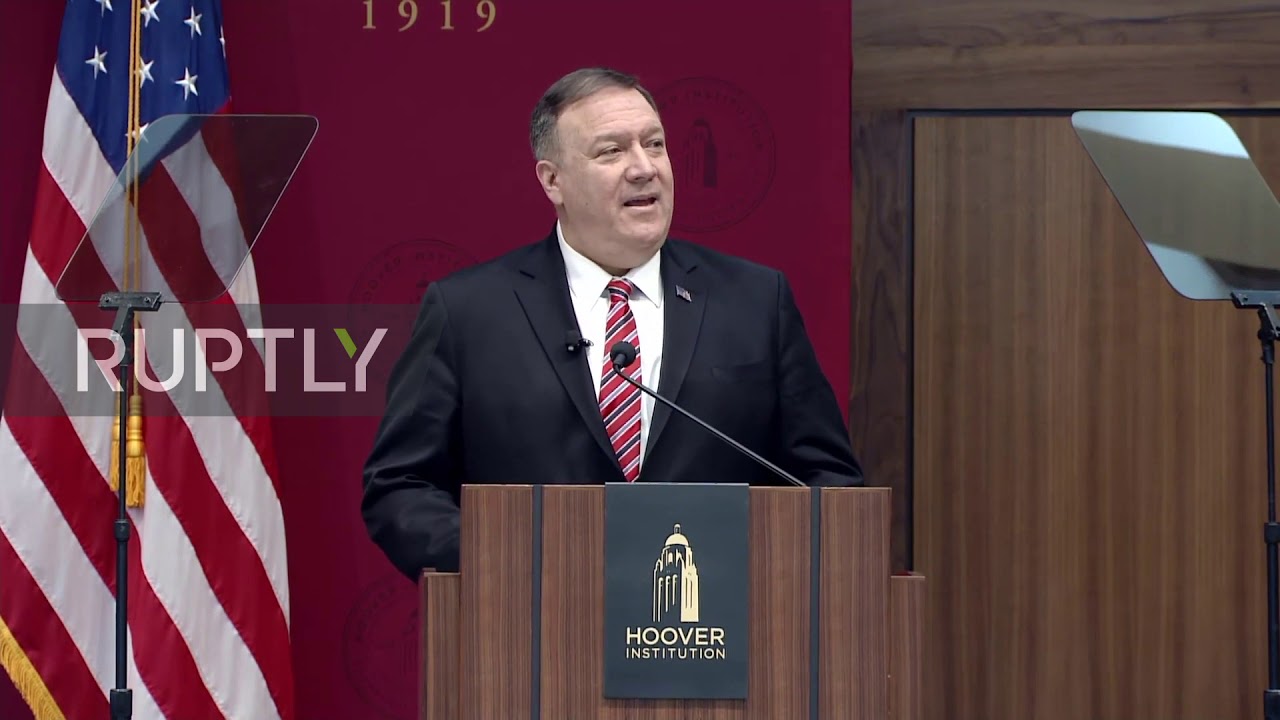 Subscribe to our channel! rupt.ly/subscribeUS Secretary of State Mike Pompeo has continued to criticise Iran and relayed the US strategy to "re-e...