US: "It was a threat to our national security" - Democrats make case against Trump

admin
Subscribe to our channel! rupt.ly/subscribe
Impeachment managers called US President Donald Trump's behaviour "a threat to our national security" during the second day of oral arguments in Trump's Senate impeachment trial on Thursday in Washington DC, calling the evidence "unmistakably clear."
"The evidence is unmistakably clear. On July 25th while acting as our nation's chief diplomat and speaking to the leader of Ukraine, President Trump solicited foreign interference in the US election for one particular objective: to benefit his own reelection, to seek help in cheating in the US election," said Lead Impeachment Manager Adam Schiff. "Now it is up to us to do something about it, to make sure that a president, that this president, cannot pursue an objective that places himself above our country."
Democratic Representative and House Impeachment Manager Val Demings said, "President Trump acted corruptly. He abused the power of his office by ordering US diplomats to work with his political agent to solicit two politically motivated investigations by Ukraine."
She added, "Both investigations and the president's broader scheme to secure Ukraine's interference was a threat. It was a threat. It was a threat to our national security."
The House Intelligence Committee chair led the initial investigation into charges of misconduct and soliciting foreign interference in elections, both impeachable offences. He was named as Lead Impeachment Manager by political ally and House Speaker Nancy Pelosi earlier this month.
It is widely expected that Trump will be acquitted by the majority-Republican Senate.
Video ID: 20200124-010
Video on Demand:
Contact: [email protected]
Twitter:
Facebook:

US: "It was a threat to our national security" - Democrats make case against Trump 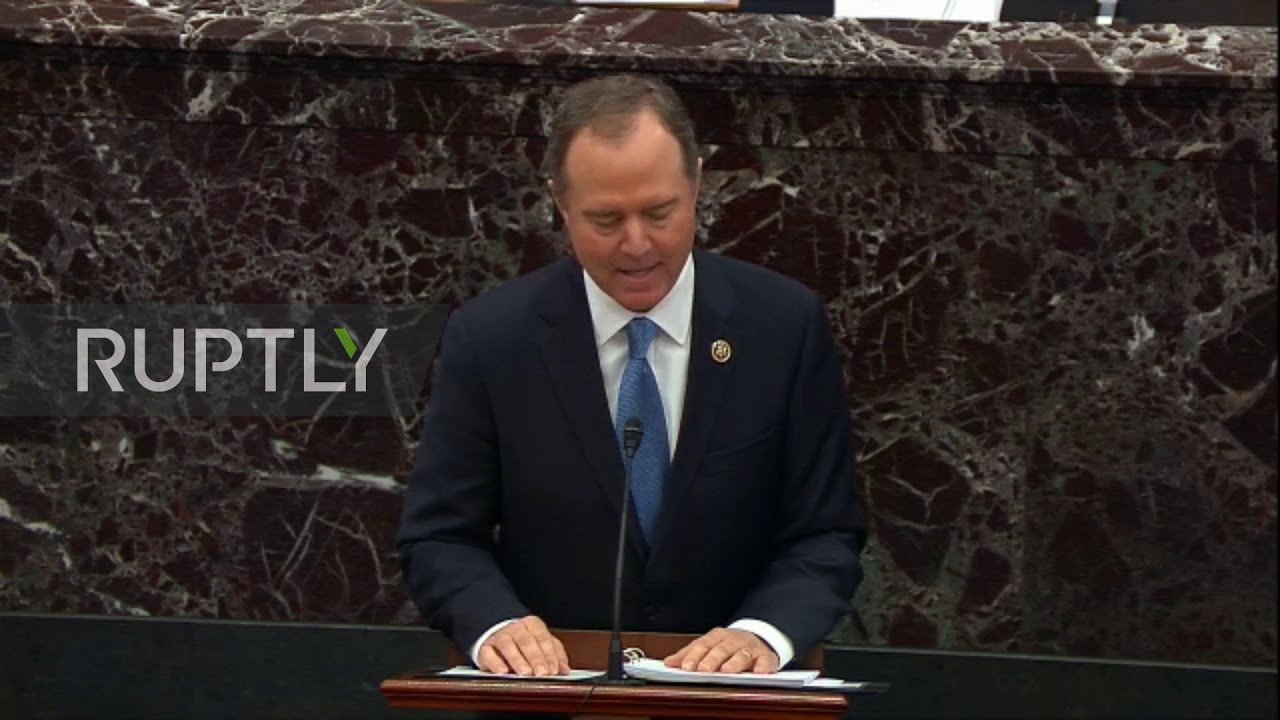 Subscribe to our channel! rupt.ly/subscribeImpeachment managers called US President Donald Trump's behaviour "a threat to our national security&q...