Added 3 months ago by admin
33 Views
The US House of Representatives resolved to acknowledge the Armenian genocide, a 1915 mass murder of Armenians at the hands of the Ottoman Empire. Rick Sanchez reports. Then RT America’s Faran Fronczak provides the historical context and Aram Hamparian, executive director of the Armenian National Committee of America, discusses why it matters that the US will no longer “whitewash Turkey’s crimes.” Chile has officially canceled the Asia-Pacific Economic Cooperation Summit, or APEC 2019, amid violent anti-government protests. Former foreign minister of Ecuador Ricardo Patiño discusses the factors behind the unrest in Chile and throughout the region. Denmark has okayed the construction of Nord Stream 2 – a historic project to deliver gas to Europe from Russia. Former US diplomat Jim Jatras shares his insights. Jasan Batansky of the Sports Economist joins Rick Sanchez to weigh in on the NCAA (National Collegiate Athletic Association) ruling that college athletes should be allowed to profit from uses of their name, image and likeness. Plus, RT America’s John Huddy find himself in the sexiest city in the world.
#QuestionMore #RTAmerica #NewsWithRickSanchez
Find RT America in your area:
Or watch us online:
Like us on Facebook
Follow us on Twitter 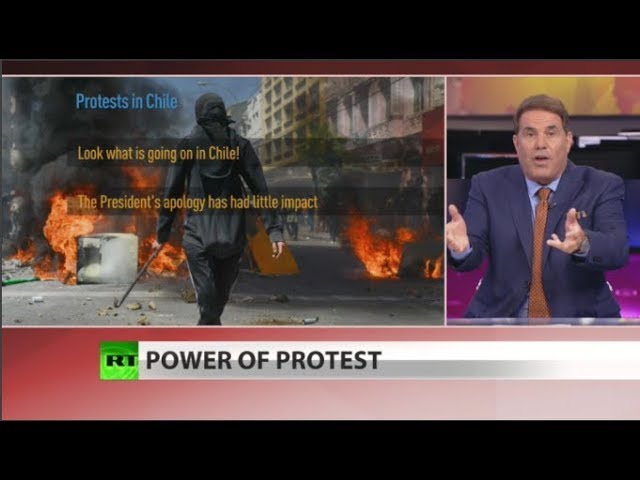 The US House of Representatives resolved to acknowledge the Armenian genocide, a 1915 mass murder of Armenians at the hands of the Ottoman Empire. Ric...