Added 4 months ago by admin
12 Views
Subscribe to our channel! rupt.ly/subscribe
Libya's Prime Minister Fayez Sarraj described the leader of the Libyan National Army (LNA), Khalifa Haftar, as a "war criminal" during his speech at the United Nations General Assembly in New York City on Wednesday.
The Libyan prime minister said the country was facing "a serious crisis because of negative foreign interference," and that "it is no exaggeration to say that the stability and civilian nature of Libya is a critical matter, not only for Libya, but for the region and the world."
Sarraj accused Haftar of attempting a coup in April and in February 2014. "Here he is today repeating once again his desperate attempt to militarise the country and to block our path towards a modern, civilian state, ridiculing the revolution of the Libyan people and their sacrifices that were offered to rid the country of dictatorship," Sarraj said.
Sarraj pointed out that Libya was also facing the challenge of migration, adding that "we are victims of this migration and we are not a cause of this migration."
The 74th session of the UN General Assembly opened in New York on September 17 with the global climate emergency as one of the key topics. High-level General Debate started on Tuesday, September 24, with 91 heads of state and even more top diplomats from 193 nations coming together. The theme of the General Debate is "Galvanizing multilateral efforts for poverty eradication, quality education, climate action and inclusion".
SOURCE: UNIFEED-UNTV
Video ID: 20190926 003
Video on Demand:
Contact: [email protected]
Twitter:
Facebook: 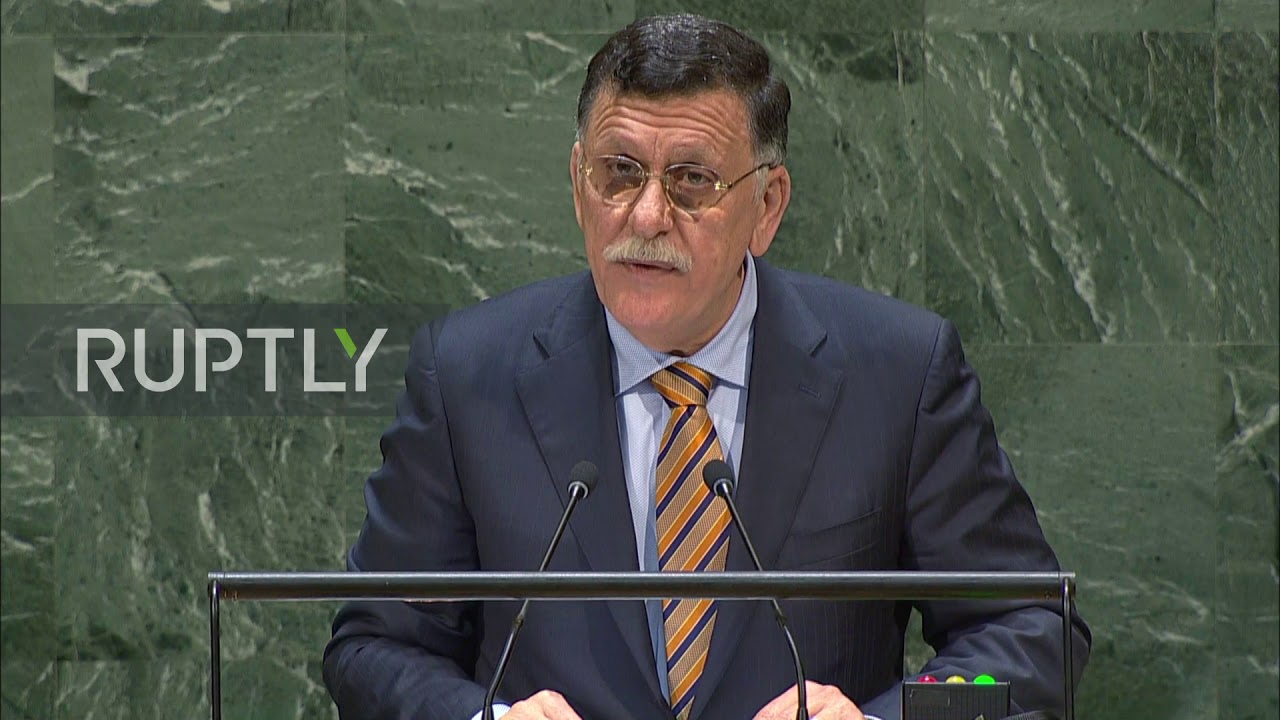