admin
Subscribe to our channel! rupt.ly/subscribe
Chelsea legend Frank Lampard was officially unveiled as the new manager of the club at Stamford Bridge in west London on Thursday.
Speaking at a press conference, Lampard said that the decision to leave the managerial position at Derby County for Chelsea came "not in seconds or minutes, but pretty quick."
"This is the one club that made the decision, again, not easy, but a decision about a club that I played for 13 years, a club that I don't probably have to sit here all afternoon and tell you how much I feel about it. But I do. So the possibility, the opportunity to manage, having played here, having felt the club, to manage this place, this club, these fans, these players, was huge. It was huge," he said.
The former England international also acknowledged the size and expectations of the club, saying that he hopes to deliver successful results.
"I don't want to call it the dream job I don't have to give it a name or a title but everybody knows how I feel. I love this club and I want to give my best for the club. And if we can be successful, then you can ask me again when that happens," he added.
Lampard left his post at Derby County to make the move south, having scored 211 goals for the Blues during a glittering 13 year spell in London.
Video ID: 20190704-044
Video on Demand:
Contact: [email protected]
Twitter:
Facebook: 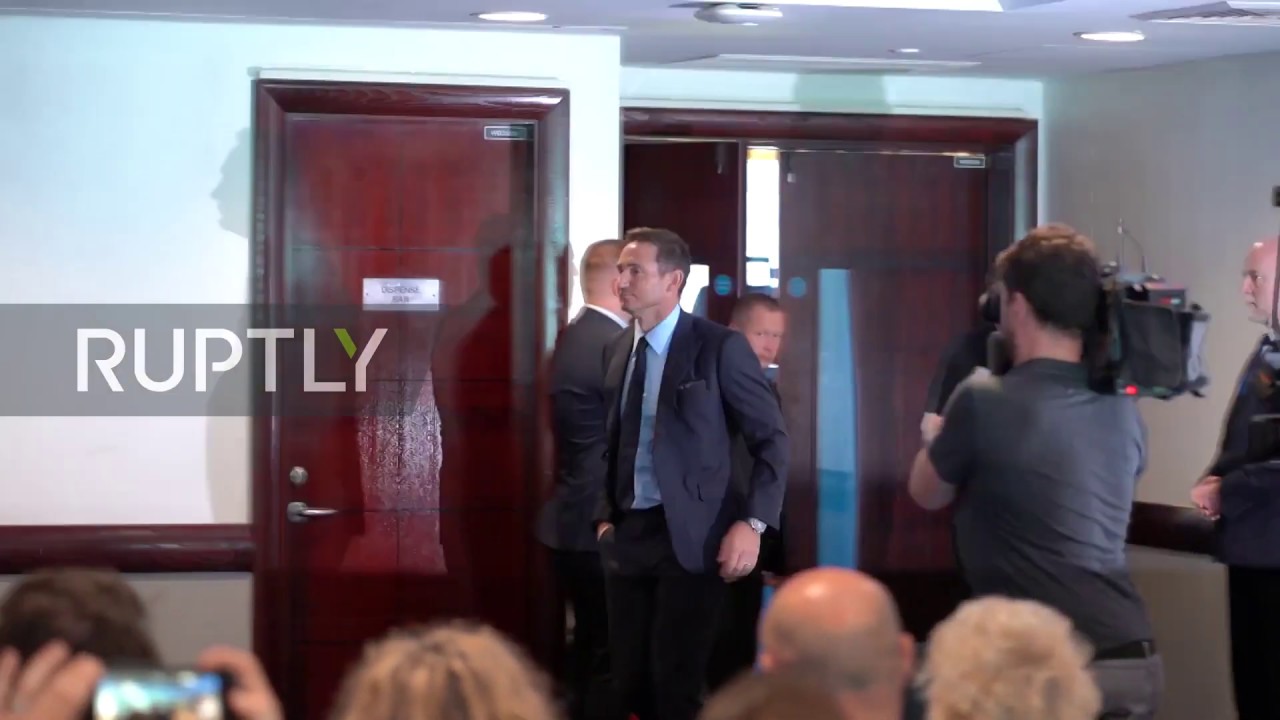 Subscribe to our channel! rupt.ly/subscribeChelsea legend Frank Lampard was officially unveiled as the new manager of the club at Stamford Bridge in w...