admin
Just when you thought Trump couldn’t be more of a hypocrite, he outdoes himself. Cenk Uygur and Ana Kasparian, hosts of The Young Turks, break it down. MORE TYT:
Read more here:
"In one of his longest – and characteristically wide-ranging – speeches as president, Donald Trump Saturday went after both Democrats and fellow Republicans, said people are trying to get him out of office with "bull----," and announced he will be signing an executive order to require universities to support "free speech" or forfeit federal dollars.
"You know, I'm totally off script right now," Trump said early on in his approximately two-hour speech to supporters at the Conservative Political Action Conference (CPAC) in Maryland. "This is how I got elected, by being off script."
Hosts: Cenk Uygur, Ana Kasparian
Cast: Cenk Uygur, Ana Kasparian
***
The Largest Online News Show in the World. Hosted by Cenk Uygur and Ana Kasparian. LIVE STREAMING weekdays 6-8pm ET.
Subscribe to The Young Turks on YouTube:
TYT on Facebook:
TYT on Twitter:
TYT on Instagram:
Merch:
Donate to TYT
Download audio and video of the full two-hour show on-demand + the members-only postgame show by becoming a member at . Your membership supports the day to day operations and is vital for our continued success and growth.
Gift membership:
Producer, Senior Producer and Executive Producer membership:
Young Turk (n), 1. Young progressive or insurgent member of an institution, movement, or political party. 2. A young person who rebels against authority or societal expectations. (American Heritage Dictionary)
#TYT #TheYoungTurks #TYTnetwork 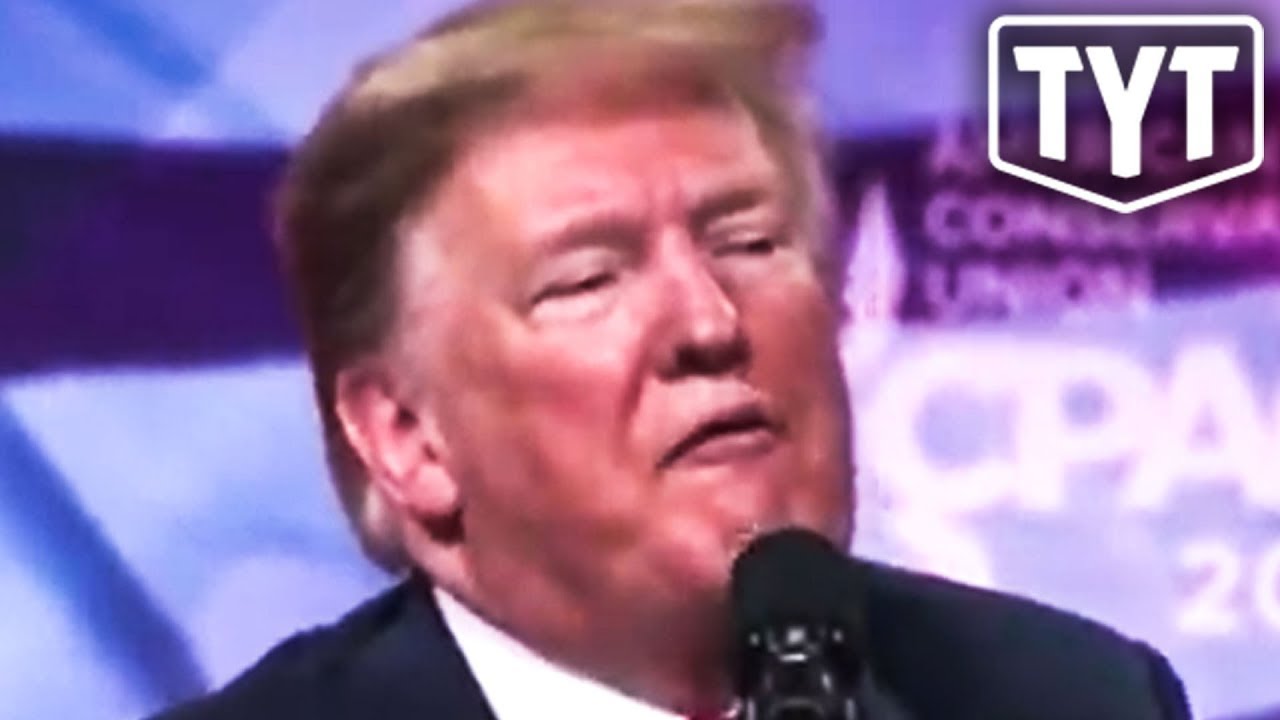 Just when you thought Trump couldn’t be more of a hypocrite, he outdoes himself. Cenk Uygur and Ana Kasparian, hosts of The Young Turks, break it down...