ava
In 1966, 63% of Americans had an unfavourable view of Dr. King - and only 22% were in favour of the March on Washington before it took place.

So how is that 50 years on, Dr King is not just universally loved but even has his own national holiday? What changed?

As George Floyd protests rock the United States, one man is used by both the left and right as justification for their case: Dr. Martin Luther King, Jr. And that’s because large parts of King’s legacy have been forgotten: his attacks on the inequalities of the American state, his call for a national minimum wage, his support for workers’ strikes, and his overt criticism of the war in Vietnam.

He is now remembered as a cautious peaceful protester - rather than as the social democratic radical that he truly was. In this video, as King's name is once again used across the internet in the wake of the biggest protests since his death, we look back at the real revolutionary from Atlanta, Georgia. 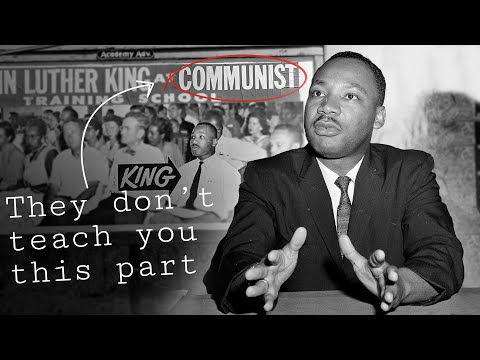