admin
The Triple Talaq bill criminalising instant divorce in the Muslim community was passed by the Rajya Sabha on Tuesday, with the government mustering numbers for its smooth sailing in the Upper House where it still lacks majority support.The contentious Bill was passed with 99 members voting in favour and 84 against it. It was passed by the Lok Sabha last week. This is the second instance in recent days when the Modi government managed to come out on top in the Rajya Sabha. The controversial RTI Amendment Bill was passed last week amid a walkout by the Congress.
#TripleTalaqBill #RajyaSabha
To Subscribe our YouTube channel here:
Download ABP App for Apple:
Download ABP App for Android:
About Channel:
ABP News is a news hub which provides you with the comprehensive up-to-date news coverage from all over India and World. Get the latest top stories, current affairs, sports, business, entertainment, politics, astrology, spirituality, and many more here only on ABP News.
ABP News is a popular Hindi News Channel made its debut as STAR News in March 2004 and was rebranded to ABP News from 1st June 2012.
The vision of the channel is 'Aapko Rakhe Aagey' -the promise of keeping each individual ahead and informed. ABP News is best defined as a responsible channel with a fair and balanced approach that combines prompt reporting with insightful analysis of news and current affairs.
ABP News maintains the repute of being a people's channel. Its cutting-edge formats, state-of-the-art newsrooms commands the attention of 48 million Indians weekly.
Watch Live on
ABP Hindi:
ABP English:
Social Media Handles:
Instagram:
Facebook ABP News (English):
Facebook:
Twitter: 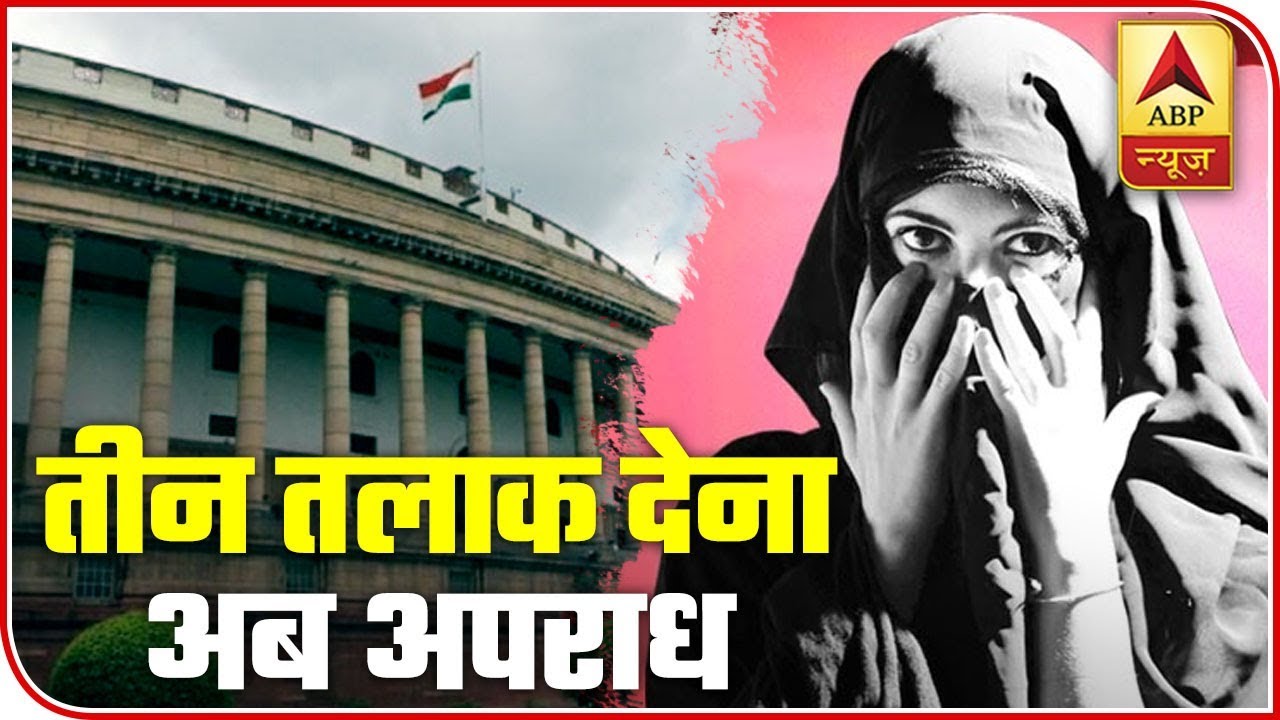 The Triple Talaq bill criminalising instant divorce in the Muslim community was passed by the Rajya Sabha on Tuesday, with the government mustering nu...