Added 1 week ago by admin
5 Views
A new Supreme Court bench will on Friday hear a petition by National Conference leader Omar Abdullah's sister Sara Abdullah Pilot challenging his detention under the Public Safety Act. The plea has been listed for Friday before the new 2-judge bench, also comprising Justice Indira Banerjee, after a judge had recused himself from hearing the matter without citing any specific reason. Sara Abdullah Pilot's plea had come up for hearing before a 3-judge bench comprising Justices NV Ramana, MM Shantanagoudar and Sanjiv Khanna. Sara Abdullah Pilot had on February 10 approached the top court, saying the order of detention is "manifestly illegal" and there is no question of her brother being a "threat to the maintenance of public order".
NDTV is one of the leaders in the production and broadcasting of un-biased and comprehensive news and entertainment programmes in India and abroad. NDTV delivers reliable information across all platforms: TV, Internet and Mobile.
Subscribe for more videos:
Like us on Facebook:
Follow us on Twitter:
Download the NDTV Apps:
Watch more videos: 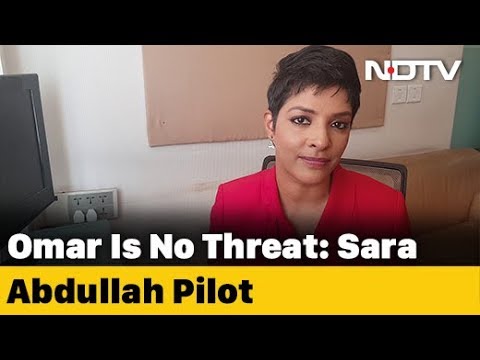