admin
From orbit aboard the Landsat 9 satellite, the Thermal Infrared Sensor-2, or TIRS-2, will measure the temperature of Earth's land surfaces, detecting everything from a smoldering wildfire, to the amount of irrigation used on crop fields, to wispy clouds that are all but invisible to other instruments. First, however, it had to survive tests that simulated the harsh environment of space.
This month, TIRS-2 successfully passed the stringent 12-week testing process at NASA's Goddard Space Flight Center in Greenbelt, Maryland. It was shipped to Northrop Grumman’s facility in Arizona, where it and the Operational Land Imager-2 will be assembled onto the Landsat 9 spacecraft. Landsat 9 is a joint effort of NASA and the U.S. Geological Survey.
Like digital cameras on a smart phone, the TIRS-2 instrument is an imager, said Joel McCorkel, the instrument's deputy project scientist. But while a camera detects light reflected off an object, TIRS-2 detects the thermal energy that an object emits. The hotter a surface is, the more energy the instrument will detect.
The Landsat mission has been observing Earth since 1972, building the longest continuous record from space of the planet’s forests, farms, cities, and other surfaces. Starting with Landsat 5 and continuing through the first TIRS instrument on Landsat 8, the satellites have carried instruments that can detect thermal energy as well as visible and infrared light – and water managers and others have put these observations to work.
Credit: NASA's Goddard Space Flight Center
Matthew R. Radcliff (USRA): Lead Producer
Aaron E. Lepsch (ADNET): Technical Support
Jeffrey Masek (NASA/GSFC): Scientist
Kate Ramsayer (Telophase): Writer
Music credit: Last Outpost by Lennert Busch [PRS] , published by Sound Pocket Music [PRS]
This video is public domain and along with other supporting visualizations can be downloaded from the Scientific Visualization Studio at:
If you liked this video, subscribe to the NASA Goddard YouTube channel:
Follow NASA’s Goddard Space Flight Center
· Instagram
· Twitter
· Twitter
· Facebook:
· Flickr 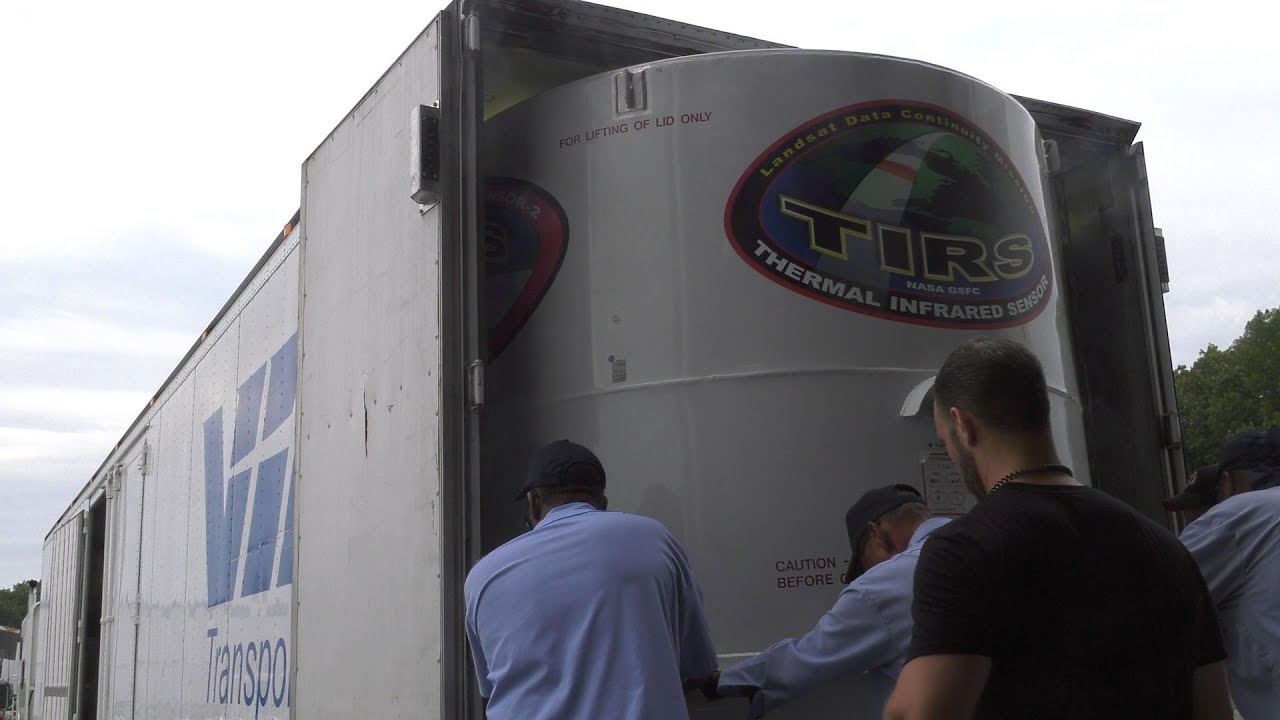 From orbit aboard the Landsat 9 satellite, the Thermal Infrared Sensor-2, or TIRS-2, will measure the temperature of Earth's land surfaces, detecting ...