admin
Subscribe to our channel! rupt.ly/subscribe
A dazzling array of over 10,000 multi-coloured, multi-shaped kites marked the opening of the 36th Weifang International Kite Festival in the Chinese city of Weifang, Shandong province, on Saturday.
People from more than 60 countries were reportedly participating in the competition, with more than 800 teams expected to battle it out to the last breeze.
"The atmosphere is great. The string of our kite is tied on the floor because it’s so heavy in the strong wind. Even six strong men cannot hold it," said kite flyer Xinshu Wang.
Pigs, mythological figures, fish, fairies, wise old men and even Cleopatra were among the kite shapes presented this year.
Weifang is considered the birthplace of kites and has celebrated the festival since 1984, with some claiming it's the biggest in the world.
Video ID: 20190420-024
Video on Demand:
Contact: [email protected]
Twitter:
Facebook: 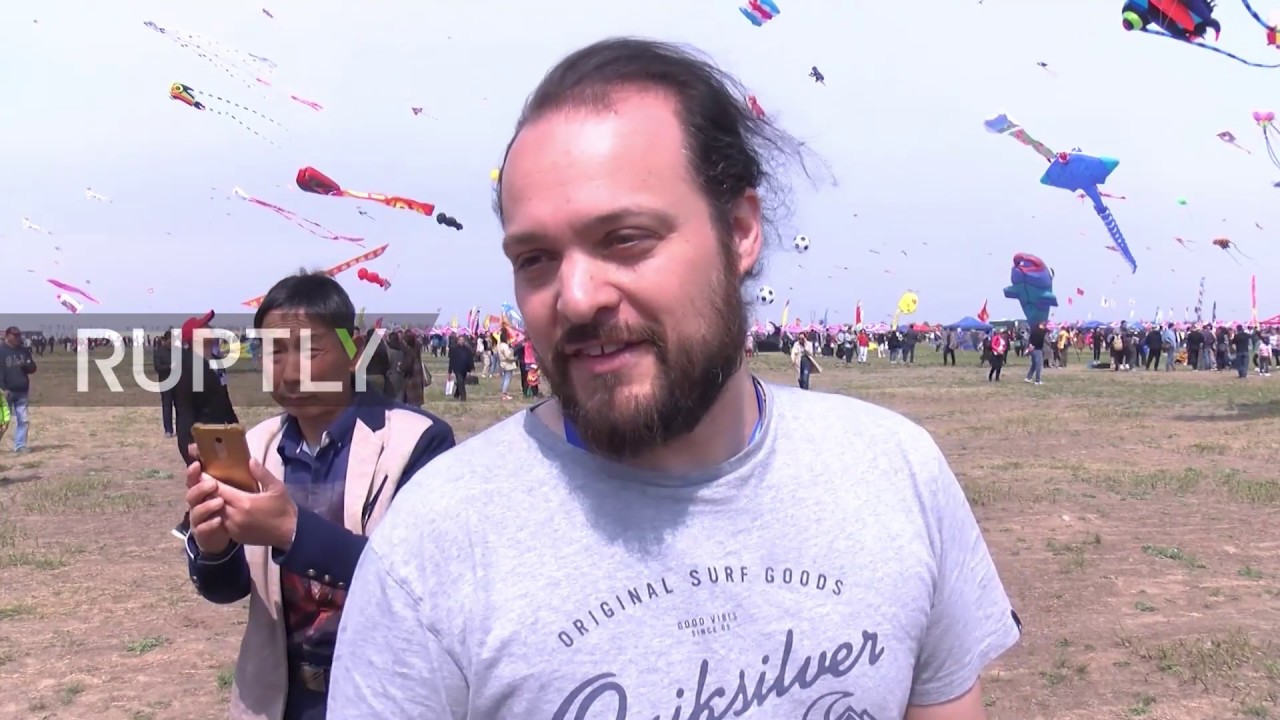 Subscribe to our channel! rupt.ly/subscribeA dazzling array of over 10,000 multi-coloured, multi-shaped kites marked the opening of the 36th Weifang I...