admin
Subscribe to our channel! rupt.ly/subscribe
this file is on request. please reach out to [email protected] or call : +49 30 319872-300 for access or licensing information
WikiLeaks founder Julian Assange, who is currently serving a 50-week sentence in London's Belmarsh prison, interviewed Ecuador’s Rafael Correa in the sixth episode of 'The Julian Assange Show' in 2012.
The twelve-episode series originally aired on RT from April to July 2012.
Correa served as 45th President of Ecuador from 2007 to 2017. In 2012 Ecuador granted Assange diplomatic asylum in their Embassy in London, where he remained till his arrest in April 2019.
In his series, Assange interviewed "iconoclasts, visionaries and power insiders." Speaking at the time of the filming of his show, Assange said that the mainstream media is labelling him as an "enemy combatant, a traitor, who interviews terrible radicals from around the world."
The Ecuadorian Embassy in London was the home of Assange for almost seven years, after he entered the property on 19 June 2012.
He was arrested by British police on 11 April 2019 after Ecuador officially revoked his asylum status and allowed UK police to escort him from the embassy and into custody.
A British court sentenced Assange to 50 weeks in prison on May 1 for jumping bail when he took refuge in the embassy in 2012.
Video ID: 20190729-009
Video on Demand:
Contact: [email protected]
Twitter:
Facebook: 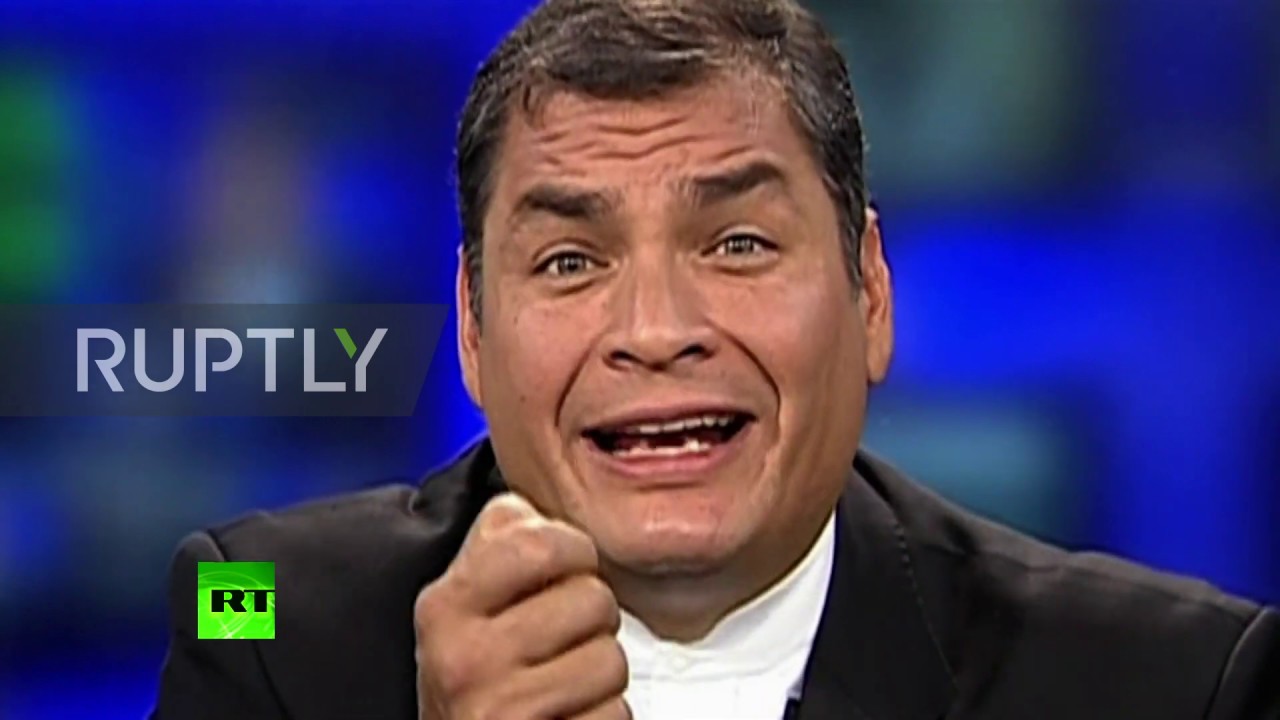