Switzerland: US willing to talk to Iran 'with no preconditions' – Pompeo

Added 8 months ago by admin
21 Views
Subscribe to our channel! rupt.ly/subscribe
US Secretary of State Mike Pompeo said the United States were prepared to hold talks with Iran's leadership in a bid to ease ongoing tensions between the two during a press conference in the Swiss capital of Bern on Sunday.
"We're prepared to engage in a conversation with no preconditions. We're ready to sit down with them," Pompeo said.
He also extensively criticised the country’s government, saying: "There’s real challenges inside of Iran today, they're not caused by our economic sanctions, they're caused by 40 years of the Islamic regime not taking care of its people, instead using its resources to destroy real lives."
He added: "This isn't about an absence of resources for the Islamic Republic of Iran, it's the decision by their leadership to deny their citizens the basic necessities they need while continuing their expansionist efforts, their revolutionary efforts all around the world. That's what America's policy is aiming to reverse."
Tensions have been rising between the US and Iran in recent weeks, since Tehran announced it would partially withdraw from the Iran nuclear deal, the Joint Comprehensive Plan of Action (JCPOA), on May 8, one year after the United States withdrew and re-imposed sanctions on Iran.
Pompeo also briefly discussed China’s economic activities in Switzerland, saying: "We encourage our Swiss friends and partners to recognise the security risks associated with many of China’s economic activities."
Video ID: 20190602-023
Video on Demand:
Contact: [email protected]
Twitter:
Facebook:

Switzerland: US willing to talk to Iran 'with no preconditions' – Pompeo 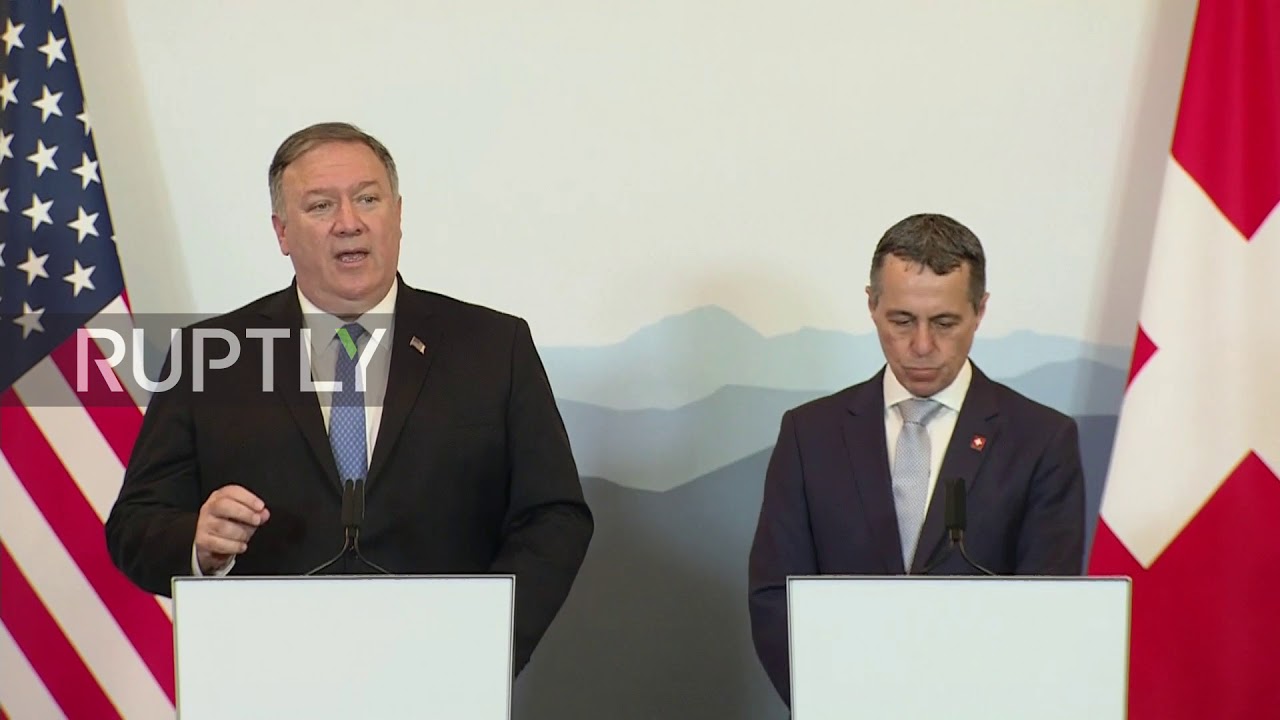 Subscribe to our channel! rupt.ly/subscribeUS Secretary of State Mike Pompeo said the United States were prepared to hold talks with Iran's leadership...