Added 3 months ago by admin
39 Views
Subscribe to our channel! rupt.ly/subscribe
Thousands of Catalan protesters took to the streets of Barcelona on Friday, demanding the release of the jailed pro-independence Catalan political leaders.
"This cannot end this way, there are so many jailed now, many people tortured, we cannot stand this. Please, we need help, Europe help us, we need you," said one protester.
On their way demonstrators marched by the national police station, holding banners in front of riot police and throwing paint at the Catalan parliament, however no escalation emerged.
"I protest because it is an opportunity to change things, that don't please us, basically to claim the rights we think have not been respected and the rights that still haven't arrived that we want to earn now," explained another activist.
Participants, some of which wrapped in Catalan flags and covering their faces, gathered on Placa Universitat (University square) and marched towards Palau de la Generalitat de Catalunya (the Catalan Parliament).
Protests started in Barcelona and other major cities of Catalonia after nine pro-independence leaders, who had organised the 2017 independence referendum, were found guilty of sedition, disobedience or misuse of public funds and were sentenced to between nine and 13 years in prison by the Supreme Court of Madrid.
Last weekend Police had to use water cannons, tear gas and rubber bullets to disperse demonstrators. Another major demonstration is expected to take place in Barcelona on Saturday, October 26.
Video ID: 20191026-003
Video on Demand:
Contact: [email protected]
Twitter:
Facebook: 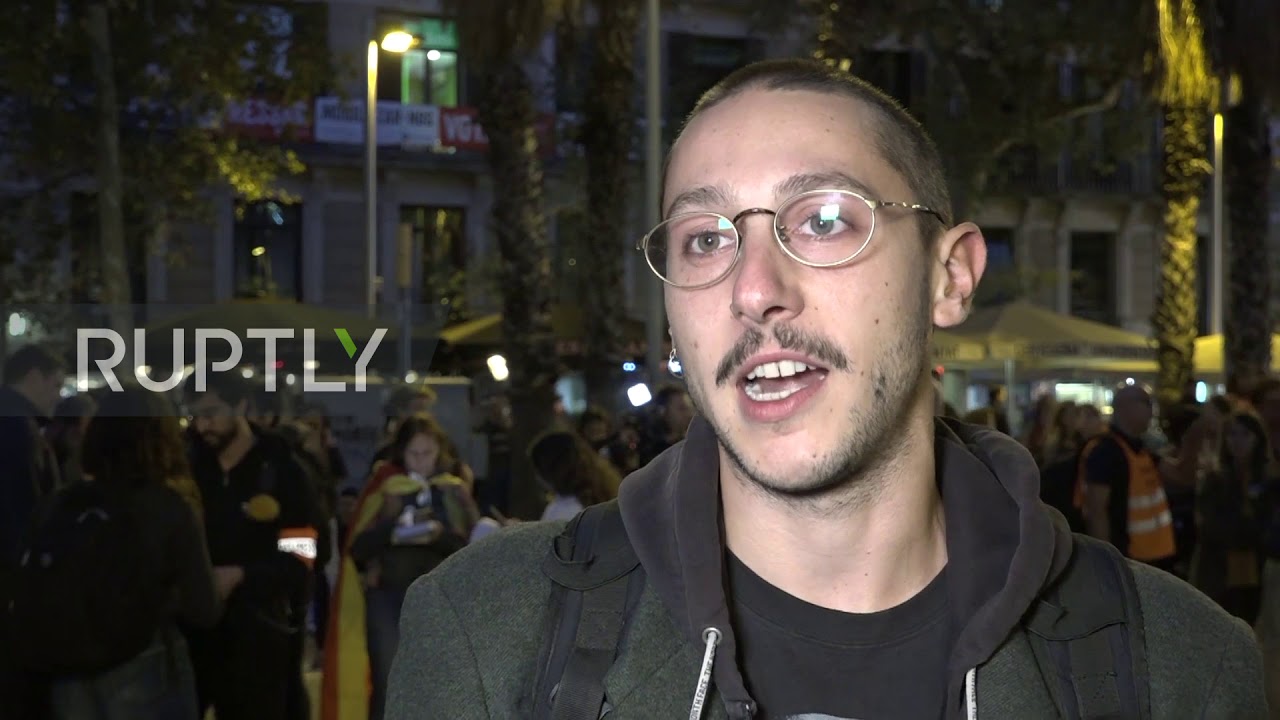 Subscribe to our channel! rupt.ly/subscribeThousands of Catalan protesters took to the streets of Barcelona on Friday, demanding the release of the ja...