admin
Subscribe to our channel! rupt.ly/subscribe
French street medics with experience working during the Yellow Vest protests in France arrived in Barcelona and were marching with demonstrators in the Catalan capital to assist the injured, footage filmed on Friday shows.
One of the medics, Jean, who hails from Marseille, explained his reasons for coming.
"We are the first street medics to come here to help the people to manifest like the Yellow Vests, and we are here to support them because here is violent too. We have the experience of the manifest and the street medic here is not a lot, they need a lot of help," he said.
He went on to say that he now considers himself a former Yellow Vest, saying "I am an ex-Yellow Vest, I left my yellow vest to be in white, because white is neutral. We are neutral in the medic. We help people on the floor. Having uniform or having not a uniform is the same for us. We help to save the life."
Protests started in Barcelona and other major cities of Catalonia after nine pro-independence leaders, who had organised the 2017 independence referendum, were found guilty of sedition, disobedience or misuse of public funds and were sentenced to between nine and 13 years in prison by the Supreme Court of Madrid.
Last weekend Police had to use water cannons, tear gas and rubber bullets to disperse demonstrators. Another major demonstration is expected to take place in Barcelona on Saturday, October 26.
Video ID: 20191026-006
Video on Demand:
Contact: [email protected]
Twitter:
Facebook: 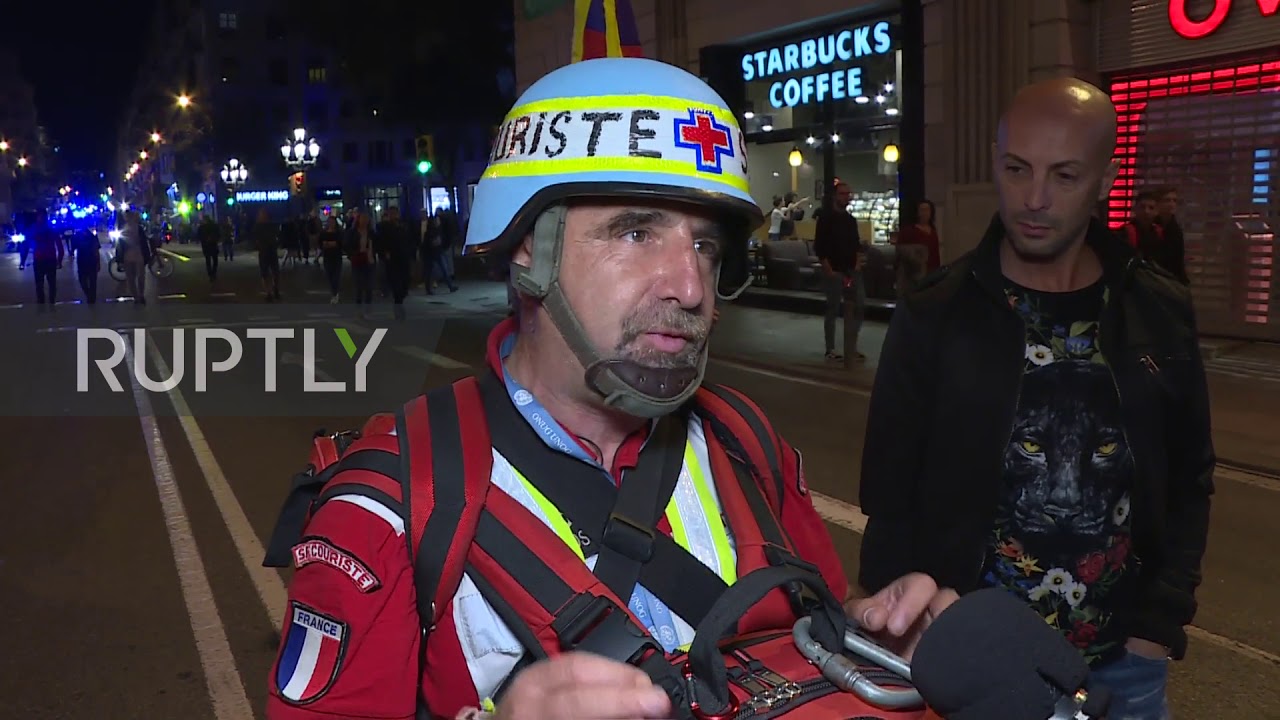 Subscribe to our channel! rupt.ly/subscribeFrench street medics with experience working during the Yellow Vest protests in France arrived in Barcelona...