ava
In a recent interview, US Senator Ron Johnson was asked about his part in Donald Trump's attempt to steal the 2020 presidential election, to which he placed the onus on a lowly staffer.

Johnson’s office came under public scrutiny on Tuesday after the January 6 Committee revealed text messages between the senator’s chief-of-staff, Sean Riley, and former Mike Pence assistant Chris Hodgson. Shortly before the storming of the U.S. Capitol, Riley told Hodgson that the senator had an “alternate slate of electors” to personally deliver to Pence, but Hodgson told him “Do not give that to” the former vice president.

The texts came up the January 6 Committee focused on Trump’s attempts to pressure state officials into helping him overturn his election loss, plus the schemes to organize fake electors to declare his victory. Reporters moved in on Johnson Tuesday while he was leaving the Capitol, and he tried to dodge their questions by claiming to be on the phone, even though he was called out on his phone being actually off.

CNN’s Manu Raju recorded Johnson as he faced another 2-minute barrage of questions, wherein Johnson claimed the development was a “such a non-story” about a “staff to staff deal.” He claimed that “some staff intern [from the House] said the vice president needs this, or whatever. I wasn’t involved.”"


If you want to watch more videos from TYT, consider subscribing to other channels in our network: 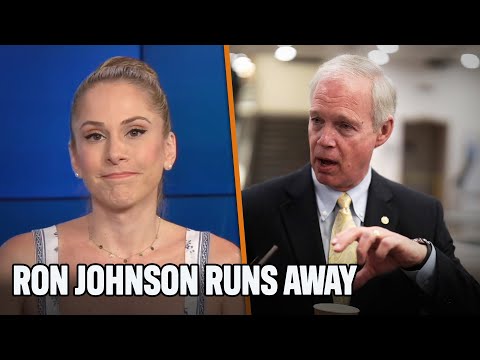 In a recent interview, US Senator Ron Johnson was asked about his part in Donald Trump's attempt to steal the 2020 presidential election, to which he ...