Scientists Discovered How Sleep Cleans Toxins From Your Brain

Added 1 month ago by admin
169 Views
Scientists now know how cerebrospinal fluid cleans the brain as you sleep, removing toxins that could cause Alzheimer's.
» Subscribe to Seeker!
» Watch more Elements!
» Visit our shop at
No surprise, sleep is essential to being a functioning, healthy human being. And new research looks even further into how sleep actually helps us maintain clean brains—but what does that mean?
Building on a study done in 2013, a team of researchers at Boston University explored what makes sleep so special.
The team got human participants to fall asleep inside an fMRI machine, which allowed researchers to measure both the blood oxygen levels in the participants’ brains and show the flux of cerebrospinal fluid, or CSF.
CSF is a watery, clear substance that surrounds the brain and spinal cord acting as a little cushion to protect the brain, and provide it with nutrients. The researchers also measured the electrical currents in subjects’ brains using an EEG.
Over the years, researchers have discovered more about not only the brain's sleep phases, but also how those phases are essential to information processing and memory formation.
It’s not just during rapid-eye-movement (REM) sleep that the brain consolidates information and commits it to long-term memory. Brains do this during nonREM sleep, too. In humans, these two states of sleep—REM and nonREM—alternate throughout the night. NonREM sleep is divided into 3 stages, and the third stage is our deepest state of sleep, called slow wave sleep.
And slow wave sleep in particular is essential to clearing out all the gunk in our brains.
In this Elements, we explore how slow wave sleep helps rid your brain of toxins and what this research could mean when it comes to combating neurodegenerative diseases in the future.
#sleepstudy #brain #neurology #REM #humanbody #Seeker #Elements #Science
SICK Playlist -
____________________
Read More:
Coupled electrophysiological, hemodynamic, and cerebrospinal fluid oscillations in human sleep

"We used accelerated neuroimaging to measure physiological and neural dynamics in the human brain. We discovered a coherent pattern of oscillating electrophysiological, hemodynamic, and CSF dynamics that appears during non–rapid eye movement sleep. Neural slow waves are followed by hemodynamic oscillations, which in turn are coupled to CSF flow."
Brain may flush out toxins during sleep

"Their results, published in Science, show that during sleep a plumbing system called the glymphatic system may open, letting fluid flow rapidly through the brain. Dr. Nedergaard’s lab recently discovered the glymphatic system helps control the flow of cerebrospinal fluid (CSF), a clear liquid surrounding the brain and spinal cord. “It’s as if Dr. Nedergaard and her colleagues have uncovered a network of hidden caves and these exciting results highlight the potential importance of the network in normal brain function,” said Roderick Corriveau, Ph.D., a program director at NINDS."
Scientists Now Know How Sleep Cleans Toxins From the Brain

"The study also could have clinical applications for treating Alzheimer’s. Recent attempts at developing medications have targeted beta amyloid. But drugs that looked promising at first all failed once they got into clinical trials. “This opens a new avenue,” says Nedergaard. Instead of trying to act on one particular molecule, new interventions might instead focus on increasing the amount of cerebrospinal fluid that washes over the brain."
____________________
Elements is more than just a science show. It’s your science-loving best friend, tasked with keeping you updated and interested on all the compelling, innovative and groundbreaking science happening all around us. Join our passionate hosts as they help break down and present fascinating science, from quarks to quantum theory and beyond.
Seeker empowers the curious to understand the science shaping our world. We tell award-winning stories about the natural forces and groundbreaking innovations that impact our lives, our planet, and our universe.
Visit the Seeker website
Elements on Facebook
Subscribe now!
Seeker on Twitter
Seeker on Facebook
Seeker

Scientists Discovered How Sleep Cleans Toxins From Your Brain 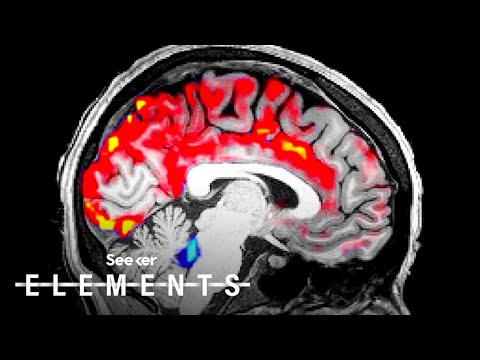 Scientists now know how cerebrospinal fluid cleans the brain as you sleep, removing toxins that could cause Alzheimer's.» Subscribe to Seeker! » Watch...