Added 9 months ago by admin
14 Views
Supporters and detractors of Romanian Social Democratic Party (PSD) leader Liviu Dragnea, faced off outside the Romanian Supreme Court in Bucharest on Monday, as the court heard closing arguments in a corruption case involving Dragnea.
Dozens of Social Democratic Party (PSD) supporters faced off with a handful of protesters from the anti-corruption movement #rezist as the charged up scene saw the likes of independent journalist Malin Bot being escorted away from the crowd, even as PSD member and former European Parliament member Adrian Severin was booed by #rezist members calling him "a disgrace for us, the Romanian people."
Dragnea is facing a second prison term for corruption charges in a criminal case where he is accused of having pressured officials from Romania's Child Protection Services to add PSD employees to the state's payroll.
He was initially sentenced to 3 and a half years on these charges, but both defence and prosecution subsequently appealed, with prosecutors seeking the maximum sentence of seven and a half year for repeat offenders.
Dragnea was convicted of electoral fraud in 2015 and received a suspended one-year sentence, and if convicted for a second time he will have to serve this sentence as well. After hearing the closing arguments, the Supreme Court justices have adjourned, pending a ruling on May 27.
Subscribe to our channel! rupt.ly/subscribe
Video ID: 20190520-033
Video on Demand:
Contact: [email protected]
Twitter:
Facebook: 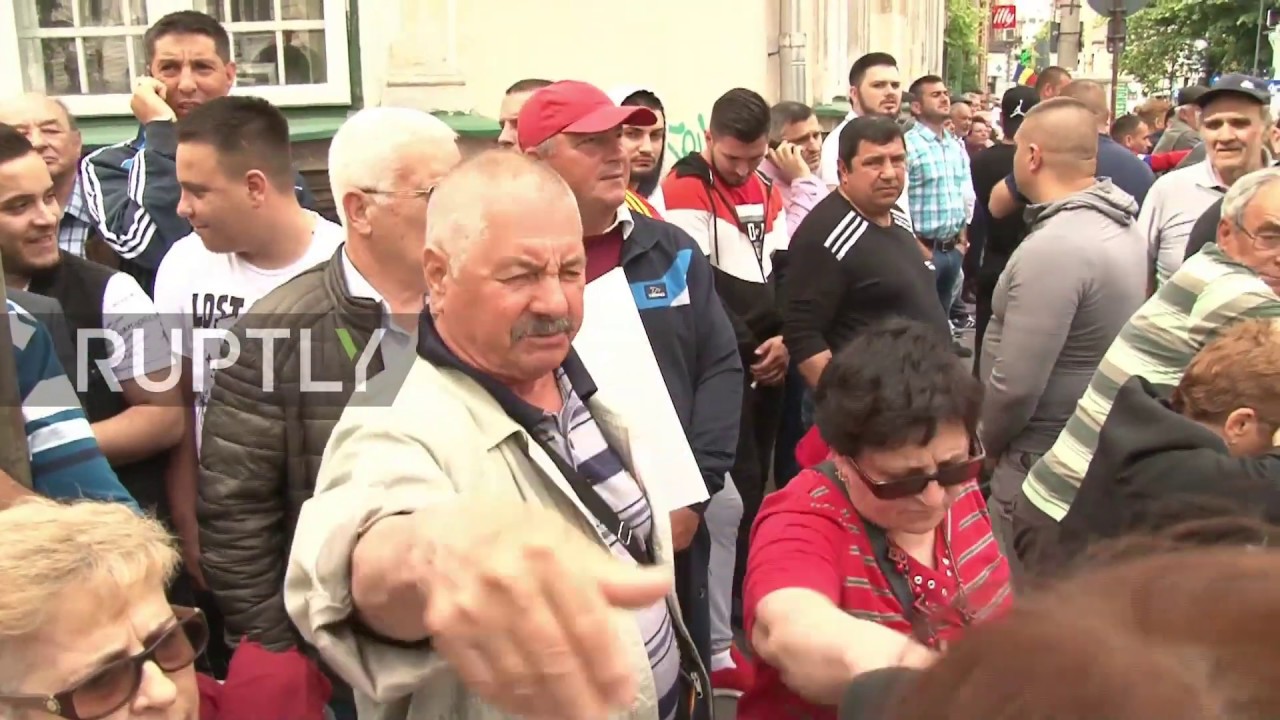 Supporters and detractors of Romanian Social Democratic Party (PSD) leader Liviu Dragnea, faced off outside the Romanian Supreme Court in Bucharest on...