admin
Russian President Vladimir Putin visited the 929th Chkalov State Flight-Test Center in the Southern Russian city Astrakhan to inspect the hypersonic Kinzhal missile system on Tuesday.
The Russian leader toured the military facility and was shown a MiG-31 interceptor jet equipped with the 'Kinzhal' missile system, which has a reported range of 2,000km (1,243 miles).
On the way to Akhtubinsk, Putin's plane was escorted by six Su-57 jets, as footage shows.
COURTESY: RT's RUPTLY video agency, NO RE-UPLOAD, NO REUSE - FOR LICENSING, PLEASE, CONTACT
RT LIVE
Check out
Subscribe to RT!
Like us on Facebook
Follow us on VK
Follow us on Twitter
Follow us on Instagram
Follow us on Google+
Follow us on Soundcloud
#RT (Russia Today) is a global #news network broadcasting from Moscow and Washington studios. RT is the first news channel to break the 1 billion YouTube views benchmark. 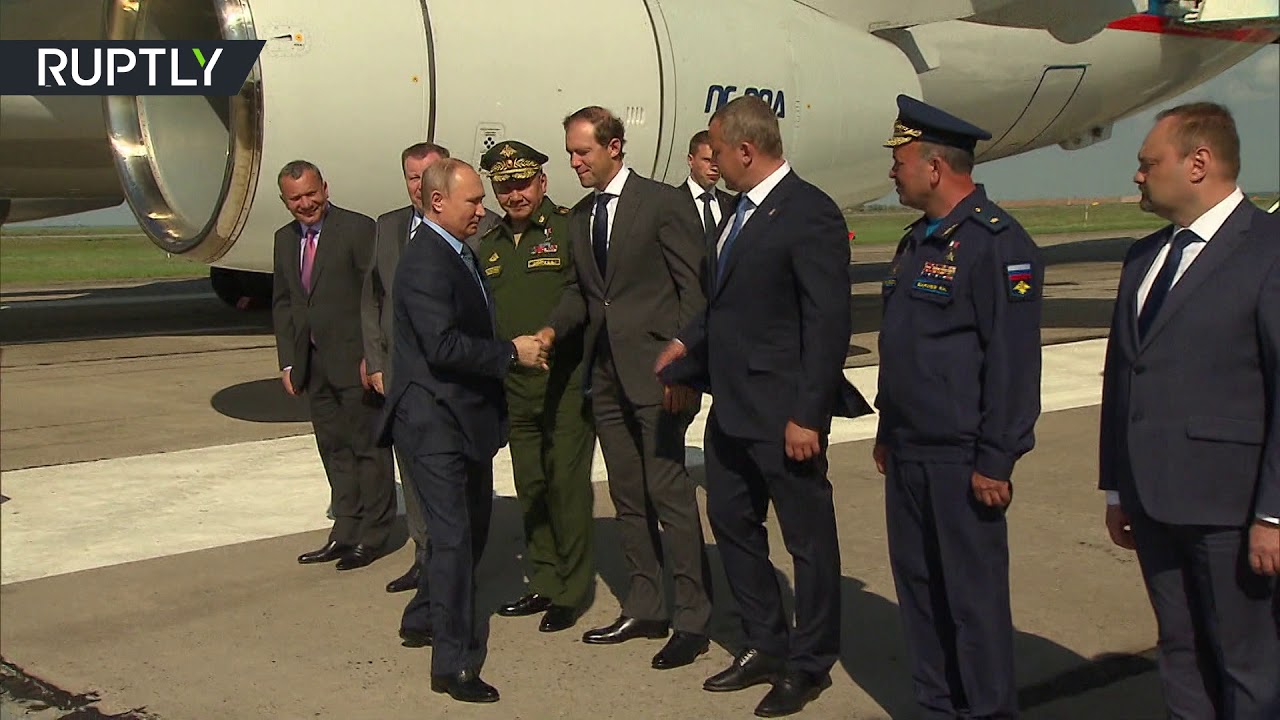